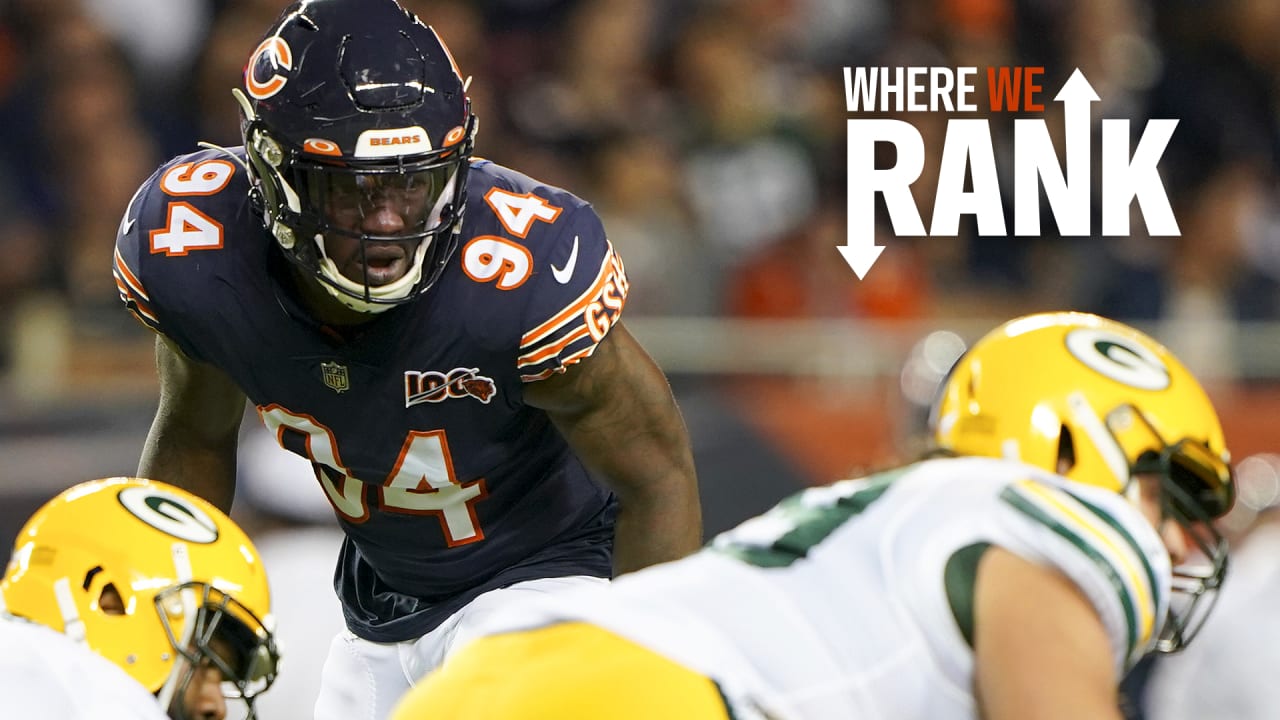 Here’s a look at where the Bears stand with Week 1 in the books:

Stingy D: The Bears sit close to the top of the league in several defensive categories. The team sits in second place in yards allowed (210) and yards per play (3.7). They’ve also allowed the third-fewest points (10) and first downs (13). The unit was particularly effective against the run, allowing only 2.1 yards a carry, second-best in the league. Last season, the Bears finished first in the league in points, yards per play and first downs allowed.

From the other side: Packers Punter JK Scott was forced into action a league-high nine times, which is a nice accomplishment for him, and an excellent accomplishment for the Bears. With the league’s top returner from last season, Tarik Cohen, this dynamic should factor into more games down the road.

Leading the way: Linebacker Leonard Floyd leads the team with two sacks on the year. He is now in an eight-way tie for second in the league. He’s also halfway toward matching his total of four from last season. Floyd, now in his fourth season, has 17.5 sacks in his career, seven of which have come against the Packers.

Return man returns: Tarik Cohen racked up 36 yards on punt returns, good for third place in the league. He led the NFL in that category with a career-high 411 yards last season, earning him first-team All-Pro and Pro Bowl honors for the first time since he joined the Bears in 2017 as a fourth-round pick.