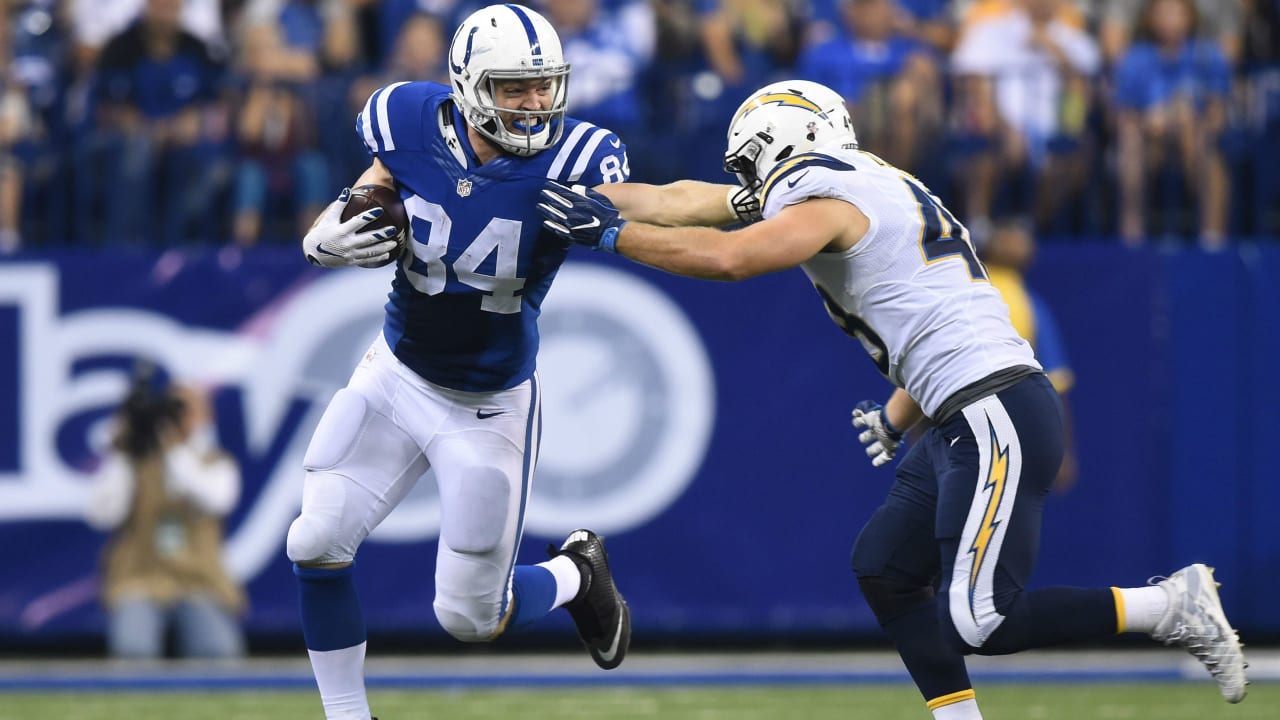 The Chargers are one of those teams that always seems to have terrible luck with their stars getting banged up, and it’s already happening again with Week 1 upon us.

So far, All-Pro safety Derwin James has been placed on Injured Reserve with a foot injury, which will keep him out at least the first half of the season. Also, starting left tackle Russell Okung is on the Non-Football Illness List after reportedly suffering from a pulmonary embolism caused by blood clots in the offseason. That means he’ll be out at least the first six weeks of the season.

And while it’s not injury-related, the Chargers are also without stud running back Melvin Gordon III, who is seeking a new contract. It very well appears that the Chargers will be without three of their most important players in this matchup.

The good news for the Chargers is that they still have Rivers leading things in the passing game. The 16-year pro has a bevy of pass-catchers to throw to in Keenan Allen, Mike Williams, Travis Benjamin, Dontrelle Inman and Henry. Running back Austin Ekeler should also play a large role in the short passing game similar to the Colts’ Nyheim Hines.

Rivers and the Los Angeles passing attack is one of the top returning units in the league, which will be a tall order for the Colts’ pass defense. However, one area the Colts should have an upper hand is in the downfield passing game, in which they finished in the top five last year in 20-yard (41) and 40-yard (four) pass plays allowed. Having free safety Malik Hooker roaming the deep portion of the field makes quarterbacks think twice before going downfield.

The Colts also hope to have an improved pass rush to get after Rivers since adding the Chargers’ former AFC West foe Justin Houston and rookie Ben Banogu in the offseason, as well as seeing the continued development of defensive linemen Denico Autry, Kemoko Turay, Tyquan Lewis and Al-Quadin Muhammad,

The Chargers’ run game will obviously be affected by not having Gordon, but they have proven they can find ways to be effective without him in the past. The team went 4-0 without him in 2018, but they only averaged 84.0 rushing yards per game, which would’ve been good for 31st in the league if prorated over the whole season. The Chargers will have Ekeler and Justin Jackson carrying the bulk of the workload until Gordon returns. Linebackers Darius Leonard, Anthony Walker and the Colts’ front seven can certainly excel in this matchup.

The Colts’ passing game will certainly look different than last year as the team ushers in the Jacoby Brissett Era at quarterback. While the team will not ask him to “be Andrew Luck,” Brissett comes with his owns strengths such as arm power, throwing on the run, improved accuracy and aiming closer to mastery of the offense going into his second year in it.

Brissett will have a deep group of weapons to throw to featuring T.Y. Hilton, Chester Rogers, Eric Ebron, Jack Doyle and newcomers Devin Funchess and Parris Campbell. Like the Chargers have with Ekeler, Hines is also an excellent outlet/dump-off option for Brissett. The Chargers feature a very talented secondary even without the services of James. Casey Hayward is regarded as one of the league’s top corners, as is Desmond King when it comes to slot defenders. Safeties Adderley, Rayshawn Jenkins and Adrian Phillips can all do just about anything a safety would be asked of as a group.

What may be the biggest issue for the Colts to have to address in this matchup is Los Angeles’ pass-rush tandem of Joey Bosa and Melvin Ingram, which is easily one of the best duos in the league. They will certainly put the Colts’ reigning No. 1 pass protection to the test.

Colts running back Marlon Mack and the run game will have their work carved out for them in a matchup against a Chargers defense that finished ninth against the run and 10th in red-zone scoring last year. Mack had a breakout of sorts last season as he averaged 84 yards from scrimmage per game and scored 10 touchdowns, including five 100-yard rushing game (including playoffs). The Chargers have an incredibly talented, young front seven to combat the Colts’ rushing attack led by a true thumper in Perryman, but they did grade-out as just the 28th unit against the run in 2018 according to Pro Football Focus.