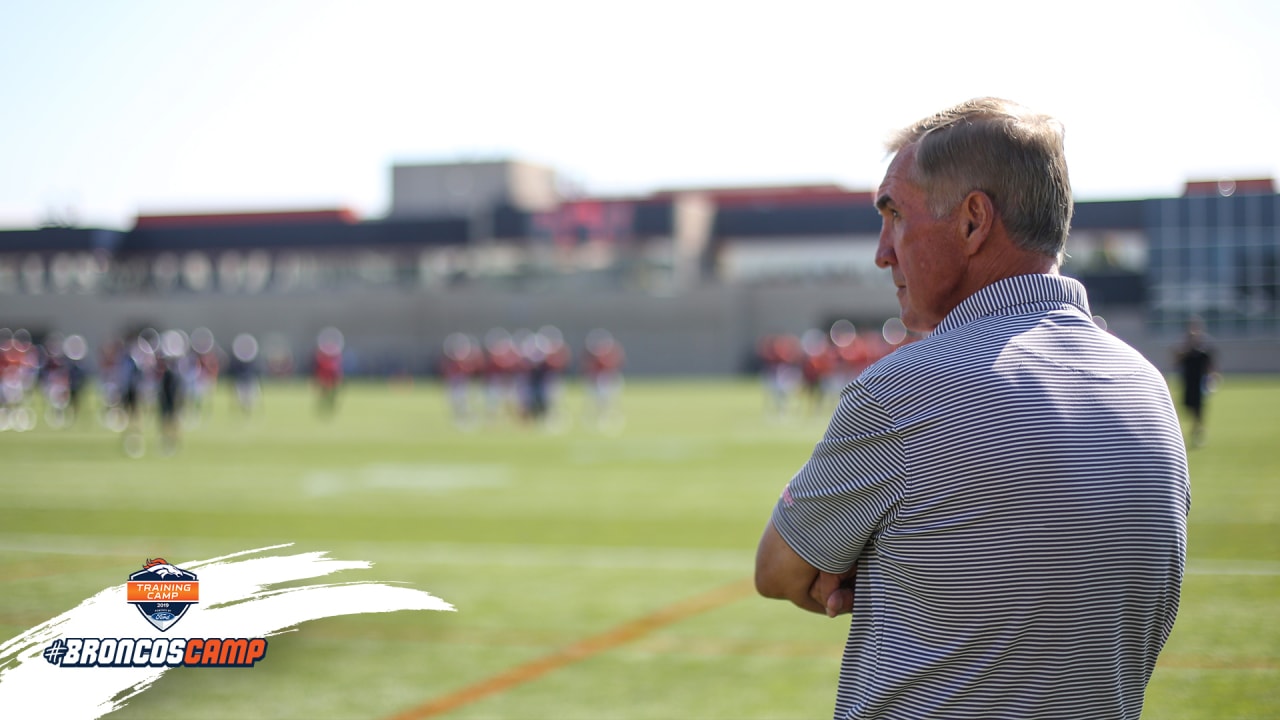 Though Shanahan joked that he doesn’t miss coaching training camp, he said he does miss the overall experience. He last coached in 2013, when he led the Washington Redskins.

With the Broncos, where he served as head coach from 1995-2008, he won 138 regular-season games and a pair of Super Bowl titles.

It’s those years that led Shanahan to return to practice and visit with some of his old peers.

“John has invited me back a number of times over the last couple years and then Vic, I know him really well, and a number of the coaches,” Shanahan said. “With [Broncos Offensive Coordinator Rich] Scangarello and a number of other people you know quite well, I thought it was time to get back here and just enjoy the years that we’ve had here and be a part of it again.”

Those credentials have stirred some media support for his inclusion in both the Broncos’ Ring of Fame and Pro Football Hall of Fame.

Shanahan said he hasn’t thought about possible induction into either of the elite groups, but he’s honored to be in the conversation.

“I never really think about things that you can’t control,” Shanahan said. “When people just mention you about those things, you go, ‘Wait a minute. Ring of Fame? Hall of Fame?’ You just say, ‘What a great honor to be talked about.’”

Whether he attains those accolades remains to be seen. Those are conversations and decisions for a later date.

On Saturday, it seemed just being back at practice was more than enough.