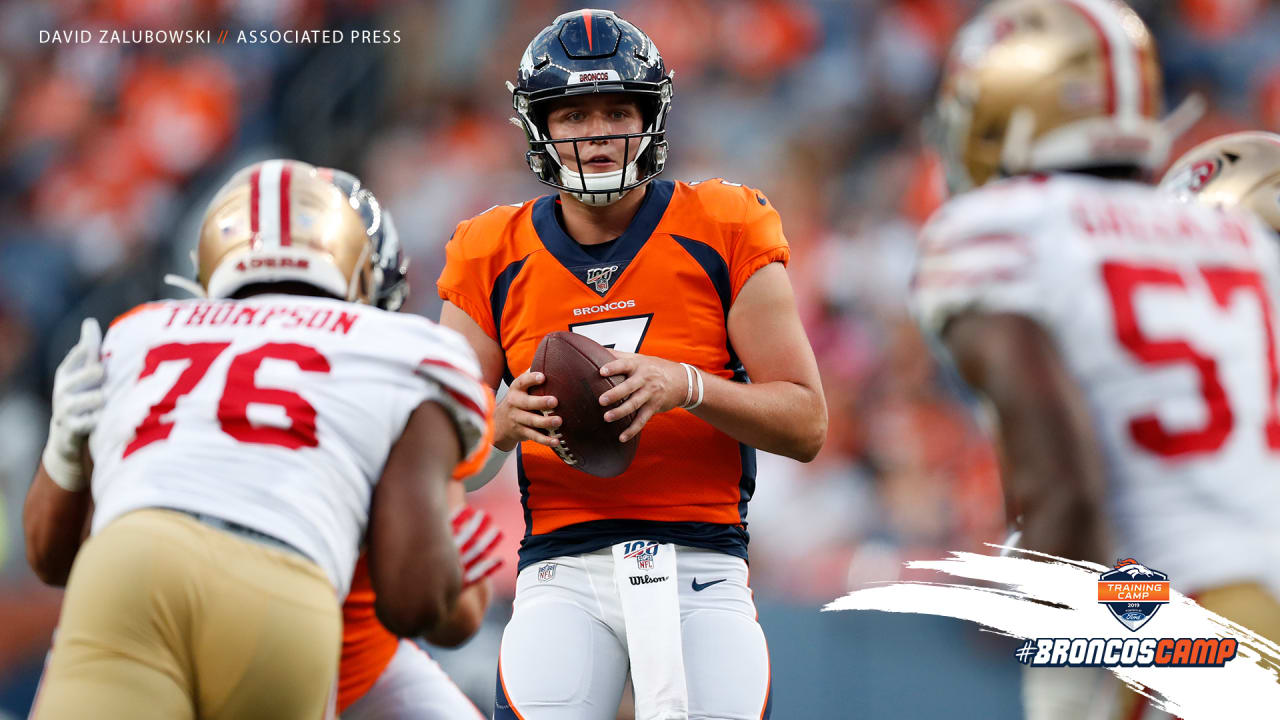 Fangio said the Broncos would not sign another quarterback “right now.”

Asked if Lock’s injury would impact the construction of the team’s 53-man roster, Fangio said the Broncos will “cross that bridge when we need to next week.”

The Broncos must trim their roster to 53 players on Aug. 31.

Noah Fant (ankle) also did not practice Wednesday, but Fangio said he thinks Fant is “fine.”

Ron Leary (knee) was not at practice on Wednesday. The veteran guard sat out Monday’s game against the 49ers.

Cornerback Bryce Callahan (foot) also will not practice this week or play in Saturday’s game against the Rams.

“It’s kind of gotten sore on him a little bit,” Fangio said. “He can play. He could’ve played the other night, we’re going to just be prudent with it and not practice him this week — nor play him — just to make sure he’s ready.”

Linebacker Todd Davis (calf) remains out after suffering an injury on July 18.

Fangio said it’s “too early” to speculate on if Davis might miss the Broncos’ Week 1 game against the Raiders but that “it’s definitely a possibility.”

Fangio said safety Su’a Cravens (illness) would practice and that he believed safety Will Parks (hamstring) would practice “to some degree.” Both players were in helmets and jerseys.

Outside linebacker Malik Reed, running back Khalfani Muhammad and safety Kareem Jackson also were in helmets and jerseys.