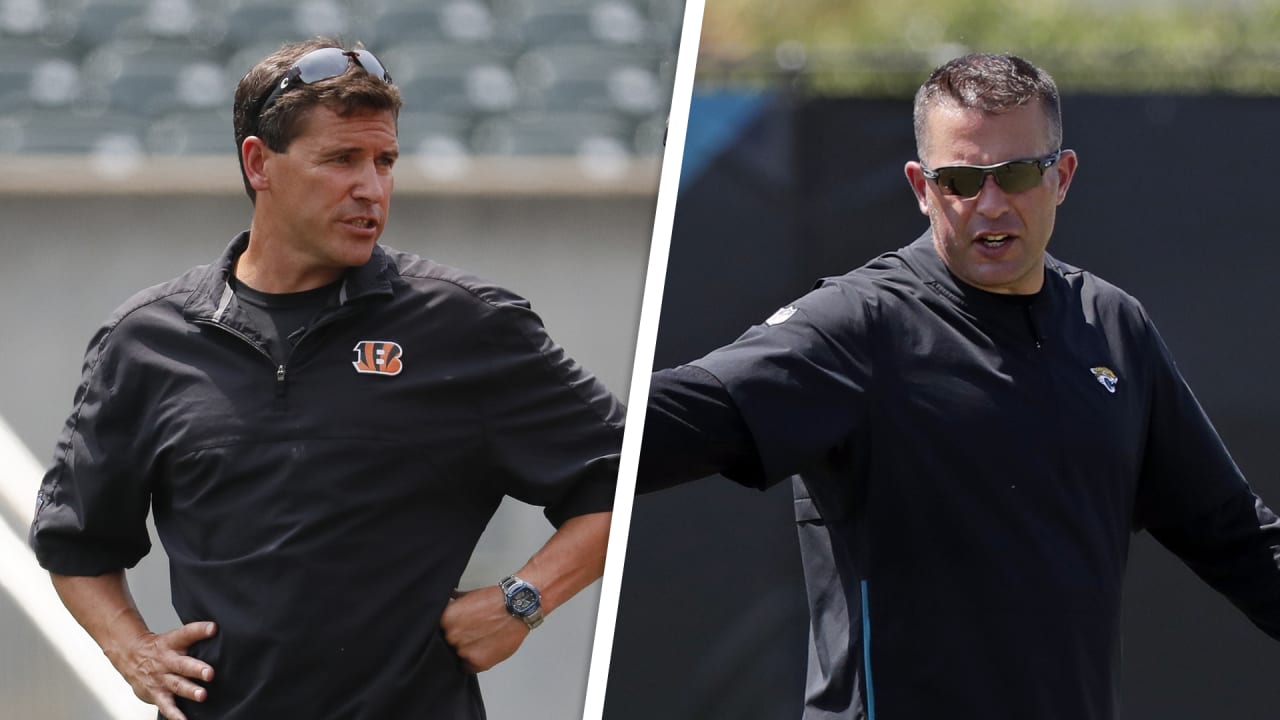 “He’s very detailed, and that’s something that goes a long way, especially being an offensive coordinator,” Landry said. “He wants to make sure that every guy is in the right place at the right time for the quarterback. It’s a quarterback-friendly system as well.”

That was certainly the case in 2014 when Lazor helped Ryan Tannehill pass for 4,045 yards and a career-high 27 touchdowns, the most by a Dolphins quarterback since Hall of Famer Dan Marino had 30 in 1994.

“Bill did a great job,” Tannehill, who’s now with the Titans, said at the Pro Bowl. “I have a ton of respect for Bill and what he was able to do [during] my short time with Miami. He’s extremely intelligent, thoughtful. He does a great job of game-planning, and I wish him the best in Chicago.”

Other quarterbacks have thrived under Lazor as well. As Eagles quarterbacks coach in 2013, he helped Nick Foles have the best season of his career. Foles was voted to the Pro Bowl after throwing for 2,891 yards with 27 touchdowns, two interceptions and a league-leading 119.2 passer rating.

Lazor was quarterbacks coach with the Bengals in 2016 when Andy Dalton was named to his third Pro Bowl after passing for 4,206 yards, the second most in franchise history.

Asked how Lazor most benefits quarterbacks, Tannehill said: “He’s very detailed in every aspect of the game. He’s very involved with the footwork and the timing and the precision of things.”

During that span he was part of NFL staffs headed by Joe Gibbs, Mike Holmgren and Dan Reeves, who have combined to win six Super Bowls.

DeFilippo, meanwhile, boasts 22 years of coaching experience, including 15 in the NFL. He spent the 2019 season as Jaguars offensive coordinator, helping rookie quarterback Gardner Minshew pass for 3,271 yards with 21 touchdowns, six interceptions and a 91.2 rating.

Prior to that, DeFilippo served as Vikings offensive coordinator in 2018. Under his guidance, quarterback Kirk Cousins passed for 4,298 yards with a career-high 30 touchdowns, 10 interceptions and a 99.7 rating.

“He’s the best,” Cousins, who’s now with the Vikings, said at the Pro Bowl. “He’s a great coach, great person, hard worker. I really enjoyed working with him. He’s really good when it comes to the quarterback position, the drill work and always having a coaching point for you to improve on.

In DeFilippo’s second of two seasons as Eagles quarterbacks coach in 2017, Philadelphia won its first Super Bowl in franchise history.

Quarterback Carson Wentz was named second-team All-Pro despite missing the final three games with a torn ACL. He completed 60.2 percent of his passes for 3,296 yards with 33 touchdowns, seven interceptions and a 101.9 passer rating that ranked fourth in the NFL.

Foles replaced the injured Wentz and threw for 971 yards and six touchdowns with a 115.7 rating in three postseason contests. Foles earned MVP honors in Super Bowl LII after passing for 373 yards and three TDs with a 106.1 rating in a 41-33 win over the Patriots.

“[DeFilippo] will be outstanding,” Cousins said. “He’s a great coach. He’s been around this league for a long time. I think it says a lot when someone like [Bears coach] Matt Nagy who knows quarterbacks so well hires him. I think that says a lot about ‘Flip.’

“When you look at what he did with Carson Wentz as a young player, I think there’s a lot to like there and he’s going to add a lot to that staff. I guess it’s going to be to my detriment because we’re in his division, but he’s a great coach.”

Tags: he quarterbacks was