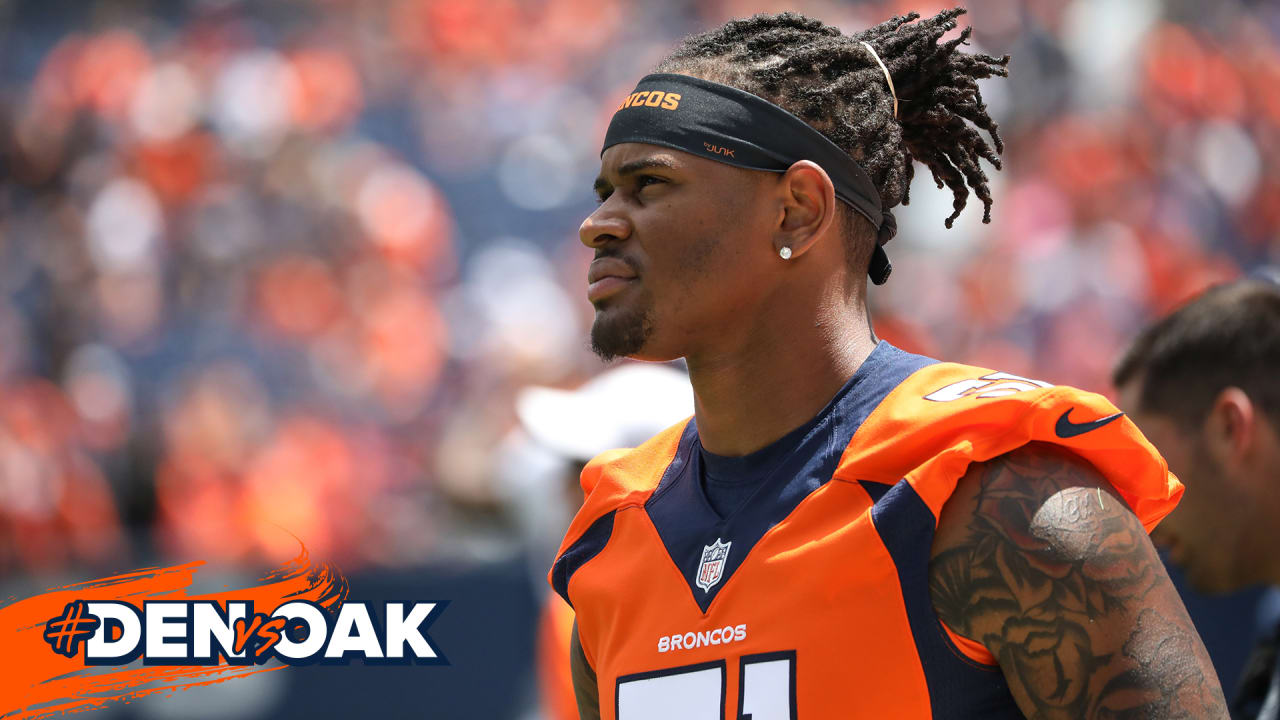 ENGLEWOOD, Colo. — Linebacker Todd Davis, who hasn’t practiced since suffering a calf injury on July 17, may be ready for the Broncos’ Week 1 game against the Raiders on Sept. 9.

Davis participated in a portion of the team’s stretching period before heading to a separate field to work with trainers.

Fangio said he wasn’t sure how much time Jones and Janovich would miss.

Davis, Jones and Janovich were the only players on the Broncos’ active roster that did not participate during the portion of practice open to the media.

Ron Leary, who has managed a knee injury in recent weeks, participated during the media’s viewing session. Fangio said the team will have to manage preparing him for the game while preventing him from suffering a setback.

“Well, I mean we’re just going to have to play that fine line all year with him,” Fangio said. “This week should be the easiest week with the extra time we’ve had and the extra days off that we get.”

The Broncos will practice again Wednesday after an off day on Tuesday.

The team will file practice participation reports on Thursday, Friday and Saturday.