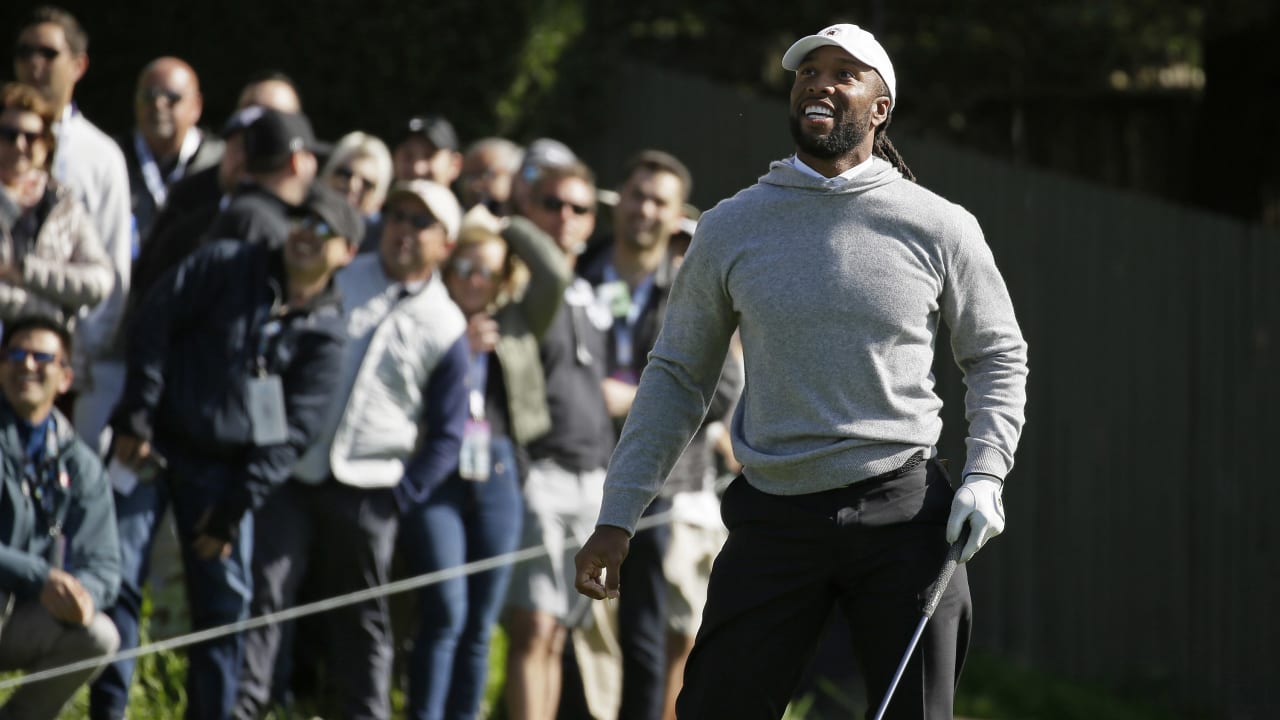 Larry Fitzgerald will eventually reach the Pro Football Hall of Fame, but Sunday, he bested someone already enshrined in Canton — on the golf course.

The Cardinals’ wide receiver teamed with Scottsdale pro Kevin Streelman to win the ATT&T Pebble Beach Pro-Am for the second time in three years, pulling away in the final round from the big-name second-place duo of former 49ers quarterback Steve Young and Arizona State product Phil Mickelson, who has won major titles five times on the PGA tour.

“(Streelman’s) back must be sore because he carried me,” Fitzgerald told CBS. “He played outstanding, some of the putts he made, some of the shots he hit with the wind that was blowing out there, he was terrific.”

Fitzgerald/Streelman shot 33-under par for the tournament, finishing five strokes ahead of Young/Mickelson. Fitzgerald and Streelman had a one-shot lead going into Sunday’s final round.

Fitzgerald was the first African-American amateur to win the event — which has been held since 1937 — in 2018. Last season, when ASU product Paul Casey won with Fed Ex executive Don Colleran, Fitzgerald and Streelman didn’t make the cut.

Fitzgerald was only the seventh professional athlete to win the title, and the first since quarterback Dan Marino won in 1988. One-time major league pitcher Lefty O’Doul was the only other celebrity to be a two-time winner, and O’Doul didn’t play until after his baseball career had ended. He is only the eighth amateur to have won more than once.

Fitzgerald signed a one-year contract last month to commit to playing a 17th season with the Cardinals. In December, Fitzgerald talked about his golf game and how much more he might play once he retires — and Fitzgerald downplayed such conversation, talking about grander plans in his life.

“I love playing golf but I’m not making the world a better place by playing it,” Fitzgerald said.

Running Back Edgerrin James Elected To Hall Of…