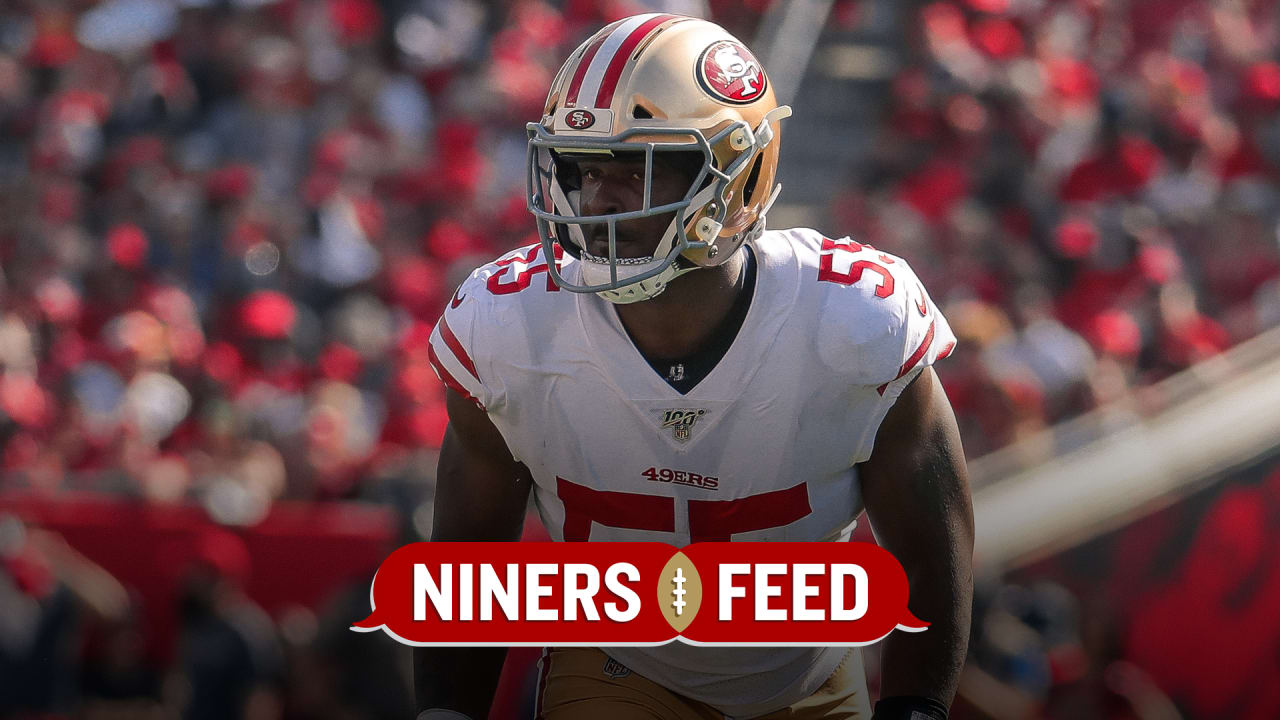 As the San Francisco 49ers prepare for their home opener against the Pittsburgh Steelers, a few players’ status for Sunday will be game-time decisions. In addition to several roster moves heading into the weekend, Kyle Shanahan addressed the media with player updates ahead of San Francisco’s Week 3 contest. Here’s what we learned from the 49ers head coach.

Taylor was placed on Injured Reserve with designation to return, the team announced on Friday. Following a standout showing during the first half of last month’s training camp, Taylor underwent surgery to repair a foot fracture suffered on Aug. 8. San Francisco anticipated the third-year wideout to return near the start of the regular season, however a setback in his rehab will force San Francisco’s slot receiver to miss eight weeks of the regular season.

“We’re definitely hoping to get him back in eight games,” Shanahan said on Friday. “The bone healed up, but he had too many bone flare ups, soft tissue things around it. A lot of things that were causing us concern. So we want to shut him down for a little bit. Hopefully it won’t take all the eight weeks to get healthy, but we know with the IR rules that’s the next time we can use him.”

If Taylor’s recovery is as anticipated, he is eligible to return to practice in six weeks and scheduled to rejoin the active roster in eight weeks.

Hurd hasn’t practiced since the 49ers second preseason contest against the Denver Broncos on Aug. 18. The wideout has been dealing with back tightness, forcing the 49ers to be cautious in the rookie’s return. According to San Francisco’s head coach, the 49ers expect Hurd to return following the Week 4 bye and to make his 49ers debut during the Monday night matchup against the Cleveland Browns in Week 5.

“He’s on track,” Shanahan said. “We’ll see how it is when we get back from the bye week. I know he’s got a lot of work to do when we all get away from here for a little bit. It will be big the work he puts in while we’re away, but I expect him to be ready when we get back.”

Ford missed the second half on the Week 2 matchup against the Cincinnati Bengals and was sidelined for the majority of the week while dealing with a quadricep and knee injury. Ford had been dealing with knee tendinitis dating back to his time with the Kansas City Chiefs, and experienced a flare up halfway into the contest. The defensive end was on hand for the team’s walk-through practice on Friday, which is an encouraging sign ahead of Sunday’s game

“Hopefully he’ll be feeling good on Sunday,” Shanahan said. “I know he wasn’t able to go this week. Today was the plan for him to go. Which I know he was going to go out there and battle through it. But we took it to walkthroughs with the rest of the guys with how hard they went the days before. He said he felt good. He looked good walking through, but I know that will go all the way up to Sunday.”

San Francisco will monitor Ford over the coming 48 hours as the team prepares for extended recovery time with the upcoming bye week.

The 49ers will be without their veteran left tackle between 6-8 weeks after suffering a broken fibula in the third quarter against the Bengals on Sunday. Shanahan is optimistic Staley will return near the shorter end of the time frame, which is why San Francisco didn’t opt to place him on Injured Reserve.

“We’ve got it estimated around that six week area,” Shanahan reiterated. “It’s just an estimate. But the chance has got to be less than two weeks, which is why we’re not going to put him on IR.”

Coleman is listed as OUT on the team’s game status report on Friday. Like Hurd, the 49ers are likely to use the upcoming bye week as a recovery for the running back, who suffered an ankle injury in the season opener against the Tampa Bay Buccaneers.

Tartt is listed as questionable looking ahead to Sunday. San Francisco’s starting safety is dealing with a toe injury and is “day-to-day” according to Shanahan.

In addition to Ford and Tartt, Nick Bosa (ankle) and Jimmie Ward (hand) are listed as questionable. Both Bosa and Ward were limited participants during the week’s practice and are likely to be game time decisions ahead of Sunday’s home opener.