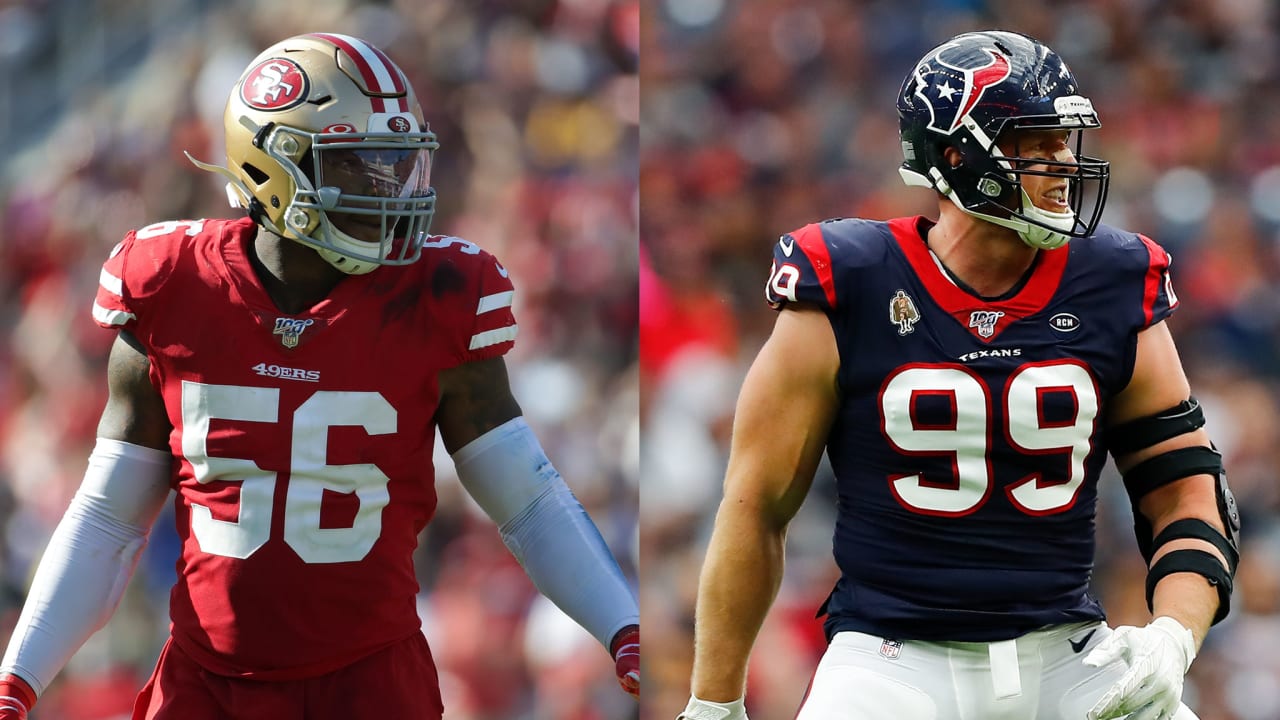 Kyle Shanahan said on Monday there was a “chance” linebacker Kwon Alexander could return to the lineup as the San Francisco 49ers get set for their playoff run kicking off on Saturday, Jan. 11. That chance became more of a reality on Thursday as Alexander made his first return to the field since Oct. 31.

Alexander suffered a pectoral tear in the first half of the 49ers Week 9 divisional meeting with the Arizona Cardinals and was placed on Injured Reserve shortly thereafter. It can often take up to six months to recover from a surgically repaired pectoral tendon, however Alexander admitted he quickly gained a full range of motion in his left arm just four weeks after what was expected to be a season-ending procedure.

His superhuman-like recovery was also evident as the linebacker made a swift comeback from a torn ACL in 2018 with the Tampa Bay Buccaneers. Alexander, who during that time quickly emerged as a leader of the 49ers defense, was on hand at the start of San Francisco’s training camp the following July.

Alexander leaned on another leader in his own right throughout his recovery process – five-time All-Pro defensive end J.J. Watt. Watt suffered the same injury just four days prior to Alexander and returned to practice just two months later on Dec. 24. Watt is expected to make his return this Saturday as the Houston Texans host the Buffalo Bills in the AFC Wild Card round of the playoffs – something Alexander has his sights set on as the 49ers prepare for their first postseason appearance since 2013.

“I talked to him and I’m happy to see him back,” Alexander said of the former NFL Defensive Player of the Year. “I can’t wait to see him play on Saturday. He lifted me up too a little bit. So I appreciate him.

Alexander anticipates making his return sooner than later as the 49ers opened his practice window on Thursday. The linebacker wore the blue non-contact jersey and participated in individual drills in the portion of practice open to the media.

Despite missing half of the season, Alexander remained on hand during practices, meetings and on the sidelines on gamedays. He even made the team’s week-long trip to Sarasota, Fla. in between the Week 13 and 14 matchups against the Baltimore Ravens and New Orleans Saints. The spark and energy he’s brought to the defense has been invaluable as the 49ers sit at the top of the league in numerous defensive categories since his arrival last March. Just as he’s looked to his teammates for support through his recovery, the entire team has looked to him for an emotional boost throughout the trying stretch of the season.

“I just love the team. I love the game,” Alexander said. “It’s hard to take me away from the game. It wasn’t my leg. It wasn’t my ACL or my knee, so I was able to move around. It didn’t hurt that bad after surgery. So everything was cool. I was able to get around and stay around my teammates and keep them hyped and keep this thing going, as they’ve been doing. They’ve been holding it down so far.”

Whether as added support from the sidelines or making his first appearance in nine weeks, Alexander will be relied upon ahead of the 49ers playoff run. Alexander posted 34 total tackles, two tackles for loss, an interception, four passes defended, 0.5 a sack, a quarterback hit and a forced fumble in his seven full games in San Francisco. Rookie linebacker Dre Greenlaw, who referred to Alexander as the “emotional leader” of the team, filled in admirably in the veteran’s absence.

Alexander understands these playoff opportunities don’t come by easily. Next Saturday marks Alexander’s first playoff appearance in his five-year NFL career. While there isn’t any official word on whether he will be active for the 49ers Divisional Round next Saturday at Levi’s® Stadium, Alexander will be more than ready whenever his number is called.

“Whatever coach tells me, I’m going to be ready for whatever situation it is.”

Tags: alexander his was