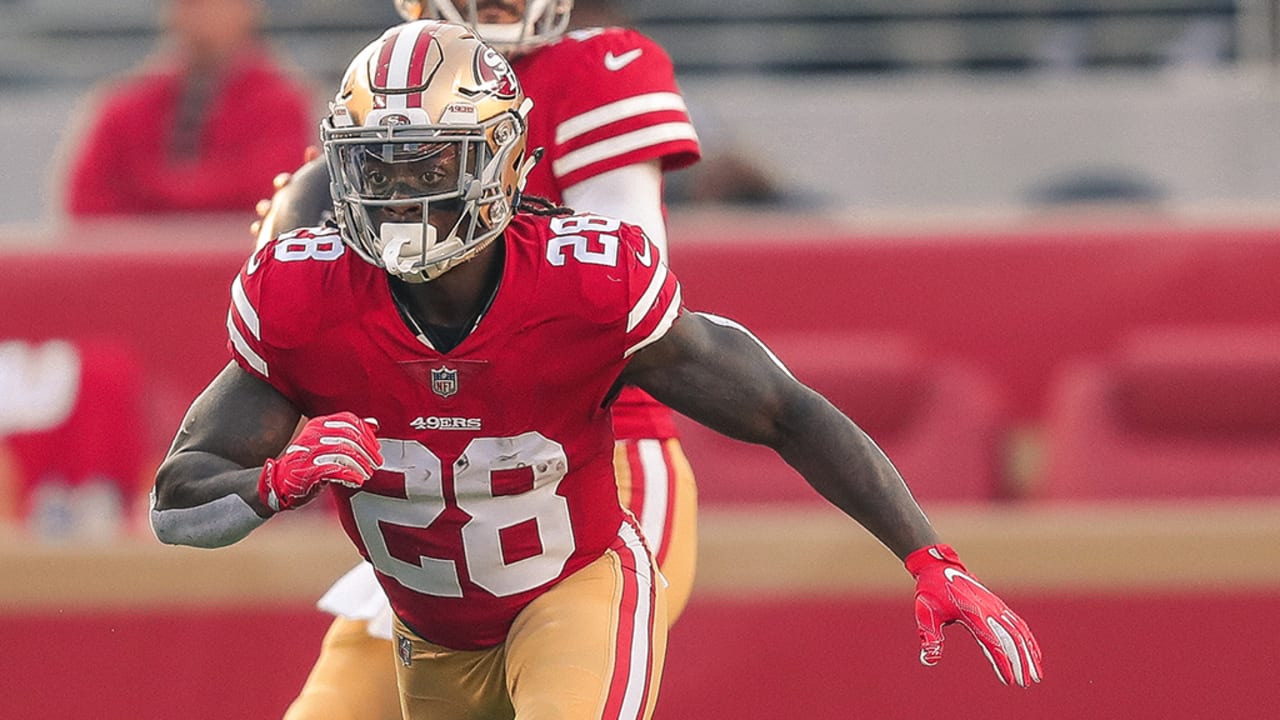 The 49ers parted ways with Adrian Colbert, Marcell Harris and Antone Exum, all who were apart of San Francisco’s safety rotation in 2018. The 49ers will rely on their versatility along the secondary in addition to Jaquiski Tartt, Tarvarius Moore and Jimmie Ward as they continue to tinker the roster over the coming days.

“We have a lot of versatility in our defensive backfield whether it’s guys like Tarvarius (Moore) and Jimmie (Ward) who are playing safety that can play corner. Or guys like D.J. Reed Jr. playing corner that have some safety flex that gives us some flexibility,” Lych said. “I don’t think that’s unreasonable to expect that we may be making a move to bolster that safety unit.”

The 49ers parted ways with Elijah Lee and David Mayo as Al-Shaair impressed enough in August to beat out several veterans in the linebacker battle. The undrafted rookie suffered a serious knee injury in 2018, however blew San Francisco’s medical team away with his speedy rehab and preseason performance. Al-Shaair makes the only undrafted rookie to land on San Francisco’s initial 53.

“We had to vet it with our medical people because he was coming off an ACL,” Lynch said. “Actually, we had to slow Azeez down because his return was coming so quickly that our doctors and medical staff felt that maybe he was pushing (it). He did his pro day like three months after his ACL surgery, and so their advice was that we slow him down in his rehab. He did that. He got himself to where that wasn’t an issue, and just played at a very high level.

“(Azeez) played at a very high level. We felt like we couldn’t keep him off the team. We’re keeping five linebackers and Azeez earned his way on to this roster and beat some really good football players. You talk about guys like (David) Mayo and LaRoy Reynolds that had really strong camps. But that tells you how really well Azeez played in our minds that he earned a spot on this 53.”

The 49ers saw enough in Verrett in the spring to keep him on San Francisco’s initial 53-man roster. The 49ers are optimistic Verrett, who was dealing with an ankle injury, will be ready for Week 1.

“His recovery from his ankle injury is going very well and a strong possibility we’ll have him for Week 1. That’s’ still in play,” Lynch said. “We made a decision that Jason was worth carrying on to this roster and we’re pleased with that.”

The 49ers nickel corner is working his way back from a knee injury. According to Lynch, Williams’ rehab has been “trending well” and a week of practices will tell a lot about his readiness for Week 1.

The 49ers kept seven receivers on its initial 53-man roster, however are likely to be without two heading into the season opener. Taylor is still recovering from a foot surgery, and the 49ers are assessing Hurd’s back tightness. According to Lynch, Hurd’s symptoms are “getting better” and the 49ers will have a better answer to his availability in the coming days.

San Francisco closed the door on the potential return of former first round pick Joshua Garnett. Garnett appeared in 22 games with 11 starts over the last three seasons, with all of his starts coming during his rookie season. Garnett missed the entire 2017 season with a season-ending knee injury.

“He’s had a rough time the last couple of years being available,” Lynch said. “Anytime that we had extended time with him getting reps on the field, his ability started to come to the forefront. Unfortunately since we’ve been here, he hasn’t had that extended time on a consistent basis. …If he can have a run of health, he’s got the ability to be a high-level starter. We haven’t had that opportunity and he hasn’t had that opportunity. We wish Josh well, and hopefully a new situation is a good thing for him. It’s hard to see a guy like that go because you’d love to keep waiting, we just didn’t feel like we could do that any longer.”