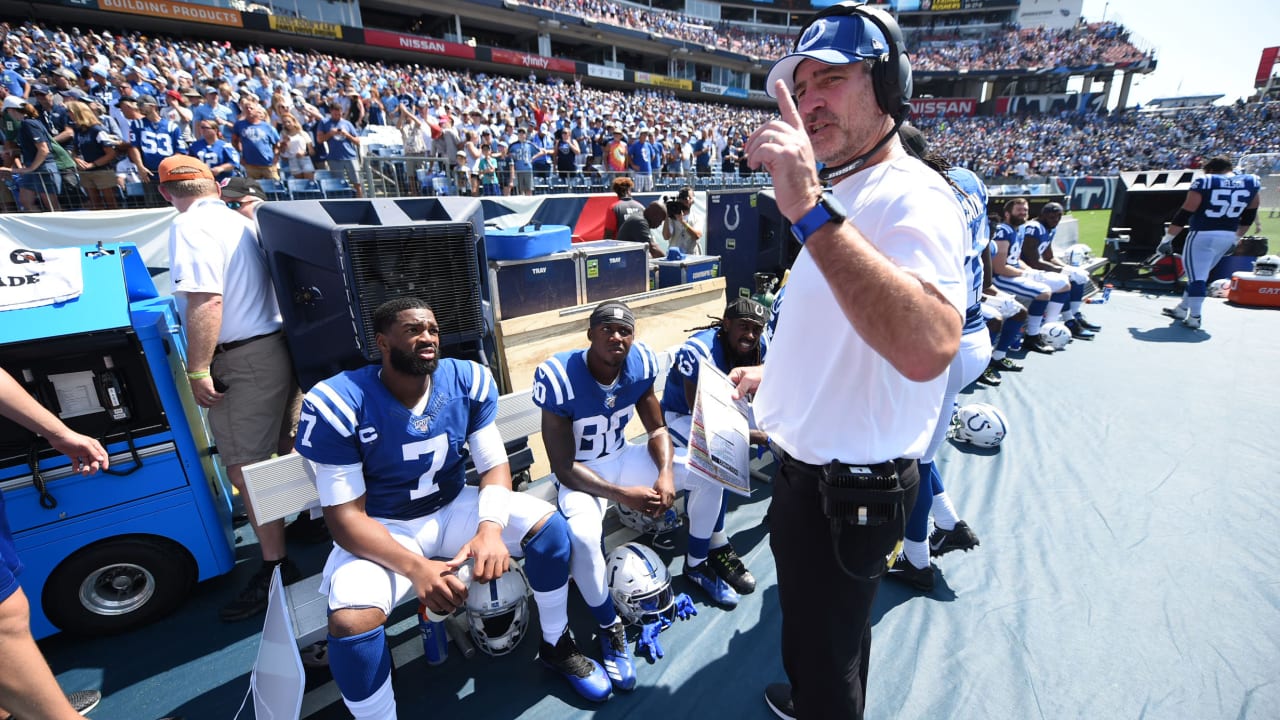 » GUTSY CALL: Although the Colts pulled ahead by two, 19-17, around the four-minute mark of the fourth quarter, a couple missed extra points meant the team would have to prevent the Titans from getting a shot at a game-winning field goal. Indy actually got the ball back after that touchdown drive, but faced a 4th and 1 from its own 35-yard line. Reich made the decision to go for it, despite the fact that a turnover on downs would result in the Titans already being in prime position to run the clock down and then kick a game-winning field goal. After unsuccessfully trying to draw the Tennessee defense offsides and then calling a timeout, Brissett and the offense took the field once again to try the conversion. On the snap, Brissett charged forward behind center Ryan Kelly and guard Quenton Nelson, getting the yard needed to move the chains. The play would result in the Colts being able to milk another minute off the game clock, and although the Titans got one more final drive, they couldn’t get into field goal range with just more than a minute left and no timeouts, and Marcus Mariota’s final pass attempt to A.J. Brown fell incomplete on fourth down. Brissett just had one kneel from there to secure the win. That aforementioned fourth-down call, though, turned out to be a huge difference. “I never even considered anything else other than going for it,” Reich said. “I just thought since we had the timeouts it made sense to try to draw ‘em offsides — I figured we weren’t gonna get them. But at that point, with the confidence in our offensive line, confidence in Jacoby, who’s a big, strong guy, as well, there was no chance we weren’t going for it.”