Lynn suffered through an 0-4 start in his first season as the team’s head coach in 2017, so some injuries and a disheartening road loss to the Detroit Lions on Sunday aren’t going to alter how he conducts his daily business. 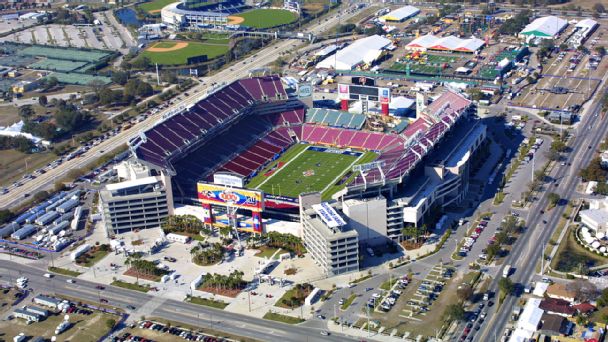 “There are more than I like, but we have guys that are stepping up,” Lynn said Monday about the injuries. “We have complete confidence in these guys. I feel like we hadn’t missed a beat.

“Even the game yesterday, we had six starters that didn’t go, but I feel like if we hadn’t made those mistakes that we could have controlled our own destiny. It’s just part of the game. You look around the league, guys are going down. It’s football.”

Still, the accumulation of injuries over the past two months has to be concerning for Lynn. The latest is safety Adrian Phillips, who suffered a broken right forearm at Detroit and will be placed on injured reserve, where he’ll have to miss at least eight weeks before returning to the field.

According to ESPN Stats and Information research, the Chargers have the fourth-highest cash value for players on injured reserve currently this year at nearly $18 million.

Safety Rayshawn Jenkins said the Bolts have a “next man up” approach to injuries and that the defensive coaching staff does a good job of preparing players to replace starters on game days, building in flexibility by teaching players multiple positions.

“I would say yes and no,” Jenkins said, when asked if mounting injuries could affect his team’s ability to perform on game days. “Yes, because the guys that are going down — I’m not saying we don’t have dogs at backups — but [the injured starters] are some of the dogs on our team.

“But then I say no, because we have a ‘next man up’ mentality. It’s just like when DJ [James] went down, it’s the same thing with AP [Phillips] now.”

However, Chargers defensive co-captain Brandon Mebane says he isn’t fond of the term “next man up” and believes his teammates should keep everyone in mind moving forward.

“I don’t really like that saying ‘next man up,’ because, to me, it just seems like you’re throwing guys away,” Mebane said. “We all know it’s next man up, but you still have to appreciate the guy that got hurt. We’re going to ride with you; we’re not just going to throw you aside because you can’t perform at that moment for us.”

While the Chargers have suffered injuries to a handful of core players, one player consistently remains in the starting lineup each week — Philip Rivers.

Two of the top quarterbacks in the NFL — the Pittsburgh Steelers‘ Ben Roethlisberger and New Orleans Saints‘ Drew Brees — went down with significant injuries this past weekend, with Roethlisberger out for the season due to elbow surgery.

The Jacksonville Jaguars lost Nick Foles to a shoulder injury in Week 1. New York Jets starter Sam Darnold missed his team’s Monday Night Football contest due to mononucleosis, and his replacement, Trevor Siemian, suffered a scary ankle injury that will sideline him for the season.

At the most important position in the NFL, and perhaps all of sports, all Rivers does is show up.

With 210 consecutive starts, Rivers is the active NFL leader and has not missed a start since the Chargers named him the starting quarterback in 2006. No. 2 on the list? Atlanta Falcons signal-caller Matt Ryan at 149.

“It feels good [to have Rivers and his durability], but you just never know,” Lynn said. “He [could be] just one hit away, but he has avoided that his whole career.

“That’s one of the things that I really loved about him coming here, was his availability. The guy shows up and he’s there for you every single week.”

But even Rivers understands the Chargers can’t withstand many more injuries if they want to reach the playoffs for a second straight year.

“At this point, that would be an excuse,” Rivers said Sunday, when asked whether injuries were to blame for his team’s loss to the Lions. “I think it could now, if it continues to happen. But right now — nothing we did out there today, from the fumble to the interception to the two touchdowns called back to, you know, a couple third-and-shorts we didn’t convert — that had nothing to do with injuries.

“That’s all self-inflicted. When you go on the road in this league and you do that, teams will make you pay for it.”