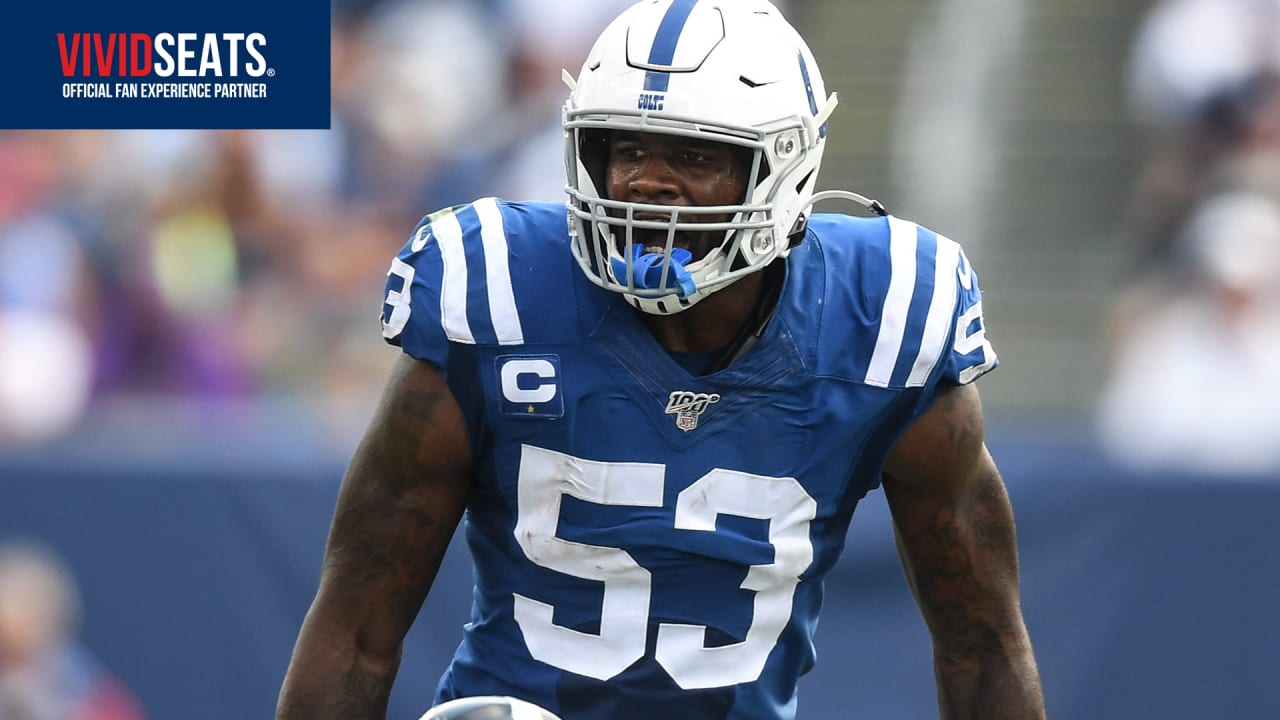 » Leonard started feeling concussion-like symptoms after last Sunday’s game against the Tennessee Titans, and has since been placed in the league’s concussion protocol. He would’ve needed to advance through the required protocol steps — as well as be cleared by an independent league neurologist — to be able to play. Two rookies — Bobby Okereke and E.J. Speed — could take Leonard’s reps in his absence on Sunday, though the team could very well mix and match at its three linebacker spots. While Speed is listed as Leonard’s backup at the WILL linebacker spot on the team’s unofficial depth chart, Okereke can also play there, or defensive coordinator Matt Eberflus could choose to move Anthony Walker from MIKE linebacker to the WILL, and put Okereke at MIKE.

» Sheard returned to practice on Wednesday for the first time in nearly two months after experiencing “soreness and swelling” in his knee during the very first training camp practice on July 25, which was followed up with a minor surgical procedure. The team decided against placing Sheard on injured reserve to open the regular season, which would’ve resulted in him missing at least the first eight weeks; he has since missed the Colts’ first two regular season games against the Los Angeles Chargers and Titans. Sheard was a limited participant both on Wednesday and Thursday. With Sheard sidelined, the Colts have turned to Al-Quadin Muhammad to start in his place at defensive end. Muhammad has responded to the challenge, and has six total tackles (two for a loss) with one sack and a forced fumble to this point.