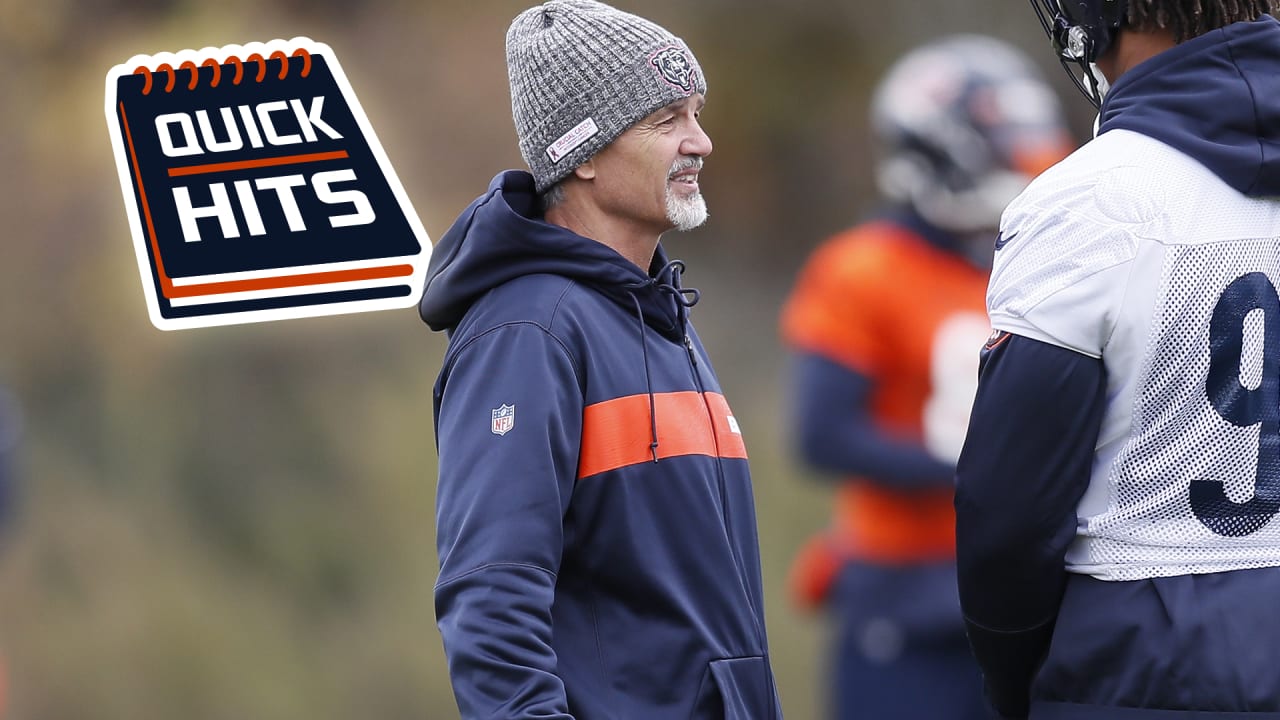 “Victory has many fathers, but defeat is an orphan,” Helfrich said.

Helfrich mentioned the way that the loss to the Green Bay Packers in the season opener threw the team for a loop and ignited a crisis in confidence that the team has worked to overcome.

“It’s not just Mitch,” said Helfrich. “He’s the quarterback, and certainly, there’s other guys at different positions that have the same sensitivity to quote-unquote failure or letting their teammates down and all those things.”

For the past few days, Helfrich has emphasized “making lay-ups” or executing the most straightforward plays to build momentum.

To Helfrich, it all comes down to execution. He emphasized that the team has shown more consistency during practice and that the challenge now was to translate that success into games.

“There’s no play that goes in that didn’t work in practice,” said Helfrich. “That doesn’t happen. You don’t go ‘hey, it might work on gameday type of scenario.’ I think that’s the routine plays; we just have to make. Our guys have battled through this and played with confidence for the most part, but it, for whatever reason, hasn’t shown up consistently enough. But it will. It will.”

Fixing the punt: The Bears punt team had their roughest performance yet: one blocked, one tipped, and one returned for a touchdown (but called back).

Special-teams coordinator Chris Tabor credited the first blocked punt, which resulted in a safety, to the New Orleans Saints’ scheme, which exploited an unforeseen weakness.

“They did a nice job there,” said Tabor. “We had a communication issue, I’ll put that on myself. I own it. We’ve got to fix that and get that corrected.”

Tabor credited in-game adjustments to the prevention of another blocked kick. Though a second punt was tipped, contact was weak enough that it did not prove to be disastrous.

“You know they came back with that another time,” said Tabor, “and we had shortened it up there, so that was better, but that can’t happen, and obviously, that’s a big dagger, especially at the beginning of the game.”

After the safety, Tabor told his players to think of the play as similar to giving up a two-run homer in baseball: unfortunate but surmountable.