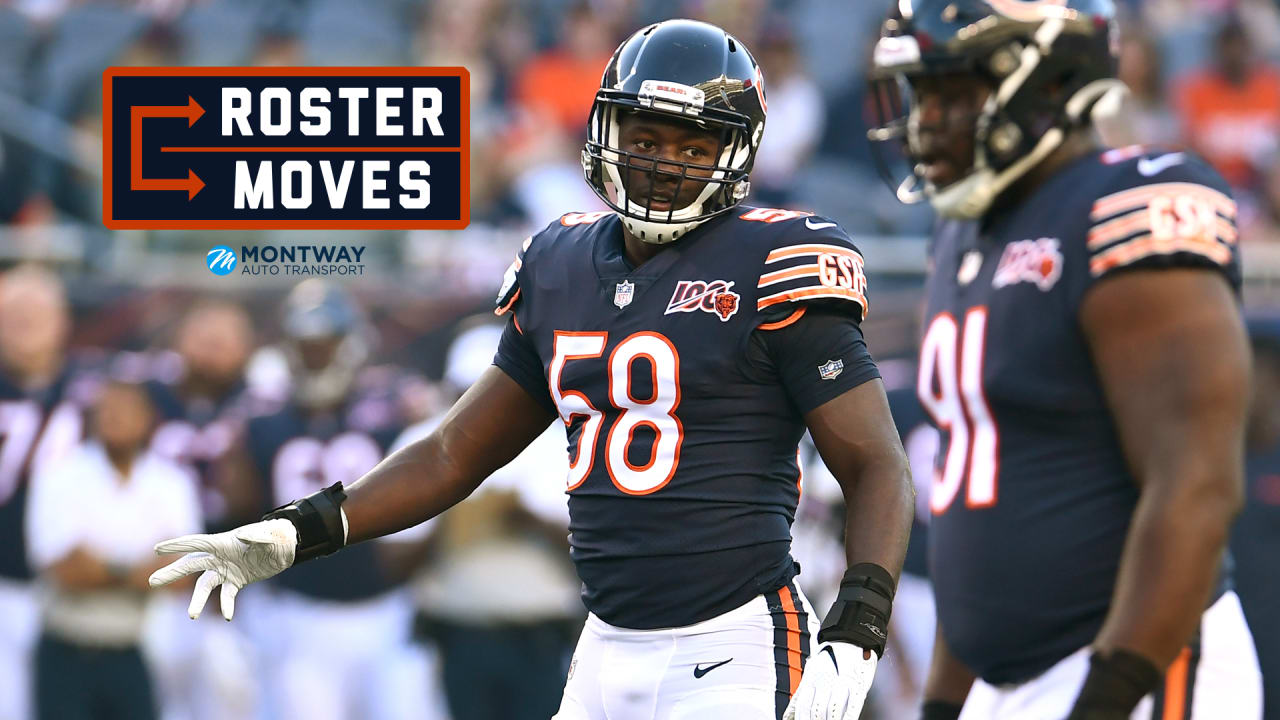 The Bears kept only two quarterbacks in Mitchell Trubisky and Chase Daniel just like they did last year, and four running backs in Tarik Cohen, Mike Davis, David Montgomery and Kerrith Whyte Jr.

The Bears kept four of their five rookie draft picks in Montgomery, Ridley, Shelley and Whyte. The only exception was Denmark, a seventh-round pick from Valdosta State.

No undrafted rookies made the final roster.

Of the 53 players, 48 have been acquired since Ryan Pace became Bears general manager in 2015. The exceptions are Fuller, Leno, Long, McManis and O’Donnell.

The Bears can establish a 10-man practice squad on Sunday and also can claim players who’ve been waived by other NFL teams. In past seasons, the Bears have typically stocked their practice squad primarily with players they released during final cuts.

Here’s a breakdown of the 53-man roster as it stands now (in alphabetical order):