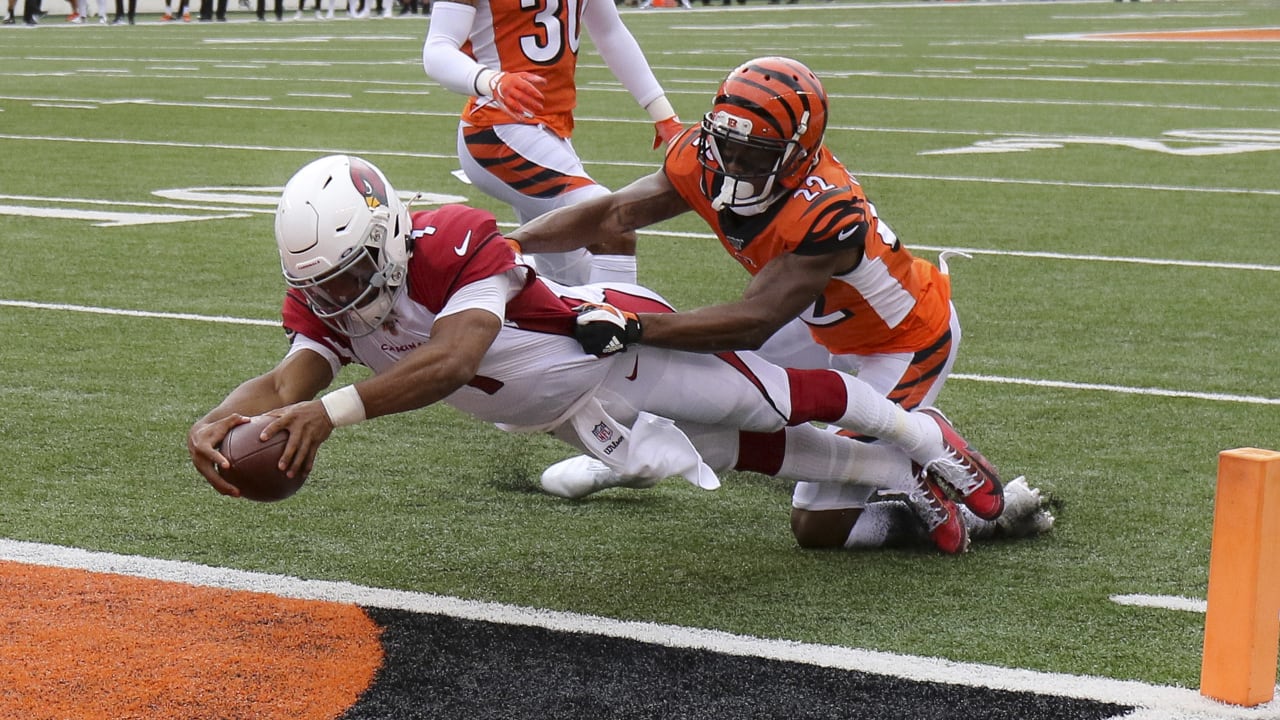 “We squeezed it out at the end,” linebacker Jordan Hicks said. “There are a lot of mistakes on that film we have to correct. … It seemed like, when we were running something, they ran ‘beaters’ for it. Credit to them. We had played well all game except that first drive.

“We had enough points to win the game. Our mentality (on defense) has to be, ‘they can’t do that.’ ”

Bengals quarterback Andy Dalton completed 13-of-14 passes for 167 yards and two touchdowns in the fourth quarter. His 14 completions the previous three quarters combined netted only 95 yards.

Murray had his best game of the year. Kingsbury said the plays Murray made of which he was most proud were passes thrown away, and Murray was sacked a season-low one time. Here he was, starting at his own 25 with two minutes left, trying to win a game that should’ve already been won.

He found Johnson for a 24-yard gain on the sideline – a beautiful over-the-shoulder catch by the running back to get the Cards to the Cincinnati 43 and quiet the surprisingly loud-if-half-empty stadium.

Two plays later, Murray busted up the middle for 24 more yards down to the Bengals 15 to set up Gonzalez.

“I was trying to score,” Murray said. “Unfortunately, I didn’t get to. It just kind of opened up.”

That left it to Gonzalez, who missed his first field goal try of the day but converted four others.

“I’m thinking, ‘Make the kick, win the game,’ ” Gonzalez said. “After my earlier miss, which really upset me, the team really supported me. It’s the way the game goes. I’m just glad I could help out.”

The Cardinals host a struggling Falcons team next week, but the emotions have changed. A win is a win, and that impacts everything – at least until the next game.

“We’ll be back at it early tomorrow,” Kingsbury said. “You feel excited for the players. We’re finally able to celebrate.”