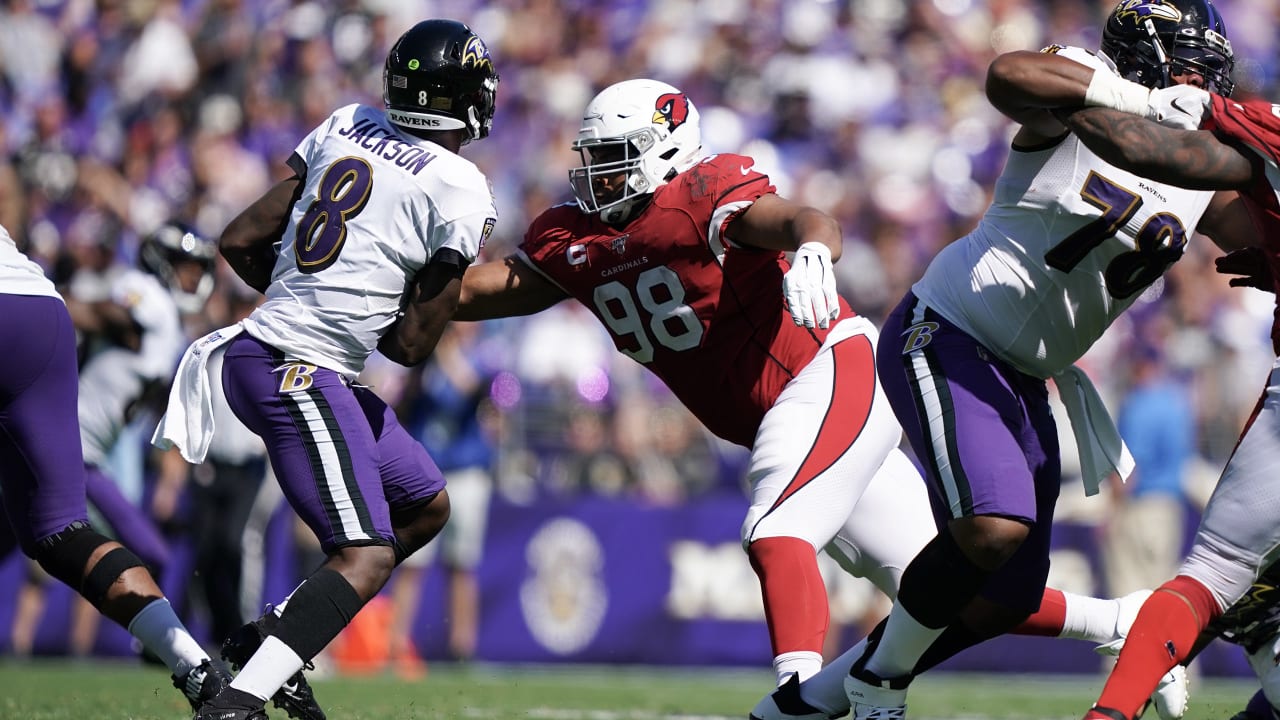 The worst-kept secret of the week became official Friday when the Panthers listed starting quarterback Cam Newton (foot) as out for Sunday’s game. Kyle Allen, who prepped at Scottsdale Desert Mountain High School and was a one-time college teammate of Cardinals Kyler Murray and Christian Kirk, will be Carolina’s starting QB.

“We can’t sleep on him,” linebacker Chandler Jones said of Allen. “He’s a good player. There’s not a huge difference. This guy can run the ball and he can throw the ball. We have to prepare for him as well.”

Allen spent a good chunk of his 2018 rookie year unemployed, but was signed by the Panthers late in the season and won his lone start, the 2018 season finale in New Orleans in which Allen completed 16-of-27 passes for 228 yards, two touchdowns and no interceptions.

“Either way they will be a formidable opponent,” said coach Kliff Kingsbury, who didn’t learn of the Panthers’ official QB status until he walked off the practice field to the media podium. “The last time Kyle Allen stepped on the field they won and scored 30 points on the road. We understand we will have our hands full.”

WITH JONES AILING, CORNERBACK COULD BE A CONCERN

Third cornerback Chris Jones, who had been added to the injury report as limited Thursday with a hamstring problem, was limited against Friday and is officially questionable for the game Sunday. The Cardinals are thin at the position if Jones cannot go – behind starters Tramaine Brock and Byron Murphy, they have only Kevin Peterson on the active roster.

Safety Budda Baker has played the slot before, and would be an option, although defensive coordinator Vance Joseph has made it clear multiple times he’d rather have Baker at free safety.

Offensive lineman Lamont Gaillard (knee) is the only player officially out for Sunday. Both defensive lineman Jonathan Bullard (hamstring) and linebacker Ezekiel Turner (hand/hamstring) are listed as questionable despite not practicing all week.