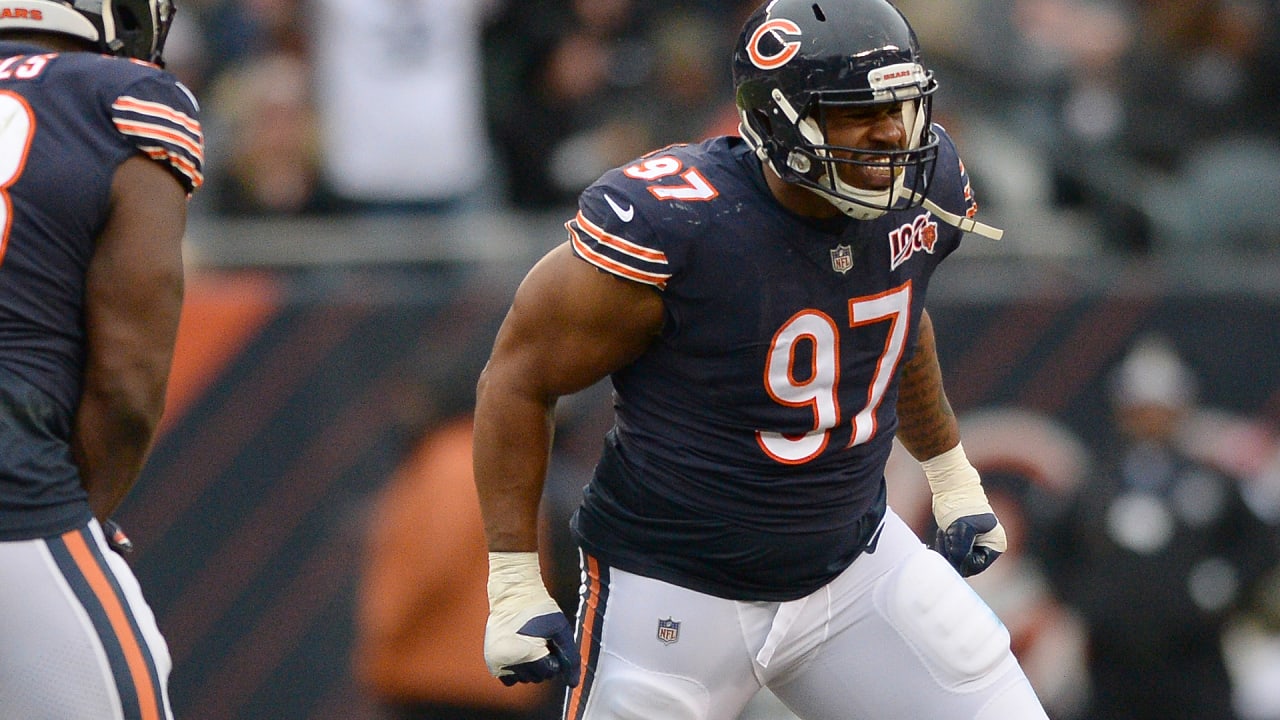 Nick of time: Mark DeLeone hated to see veteran Danny Trevathan exit Sunday’s game against the Lions with an elbow injury. But the inside linebackers coach loved watching replacement Nick Kwiatkoski come in off the bench and dominate.

Kwiatkoski recorded his first career interception along with nine tackles, one sack and two tackles-for-loss.

“Danny Trevathan’s an unbelievable person,” DeLeone said. “He’s special. His leadership is special. He’s one of the toughest players I’ve ever coached. So from that standpoint, you’re always going to miss that. Having said that, I think throughout our defense and throughout our linebacker room, we have really good leaders and we have guys who are tough and play tough, one of those being Nick Kwiatkoski.”

Sunday marked the second time this season that Kwiatkoski excelled after stepping in to join the No. 1 defense. He started in place of Roquan Smith Sept. 29 and led the Bears with 10 tackles while also registering one sack, one forced fumble and two tackles-for-loss in a 16-6 win over the Vikings.

“He’s a guy who comes into the building every day and prepares, and he’s ready for anything,” DeLeone said. “What’s wild is that he’s done it in two games this year where he’s come in and played great in both of them. It’s just a credit to him and his preparation and the process that he goes through every week.

“Nick’s a really football-intelligent guy. He gets out there and knows what to do, where to be and when to be there. And to me, that’s natural more than it is something that’s learned. He’s very comfortable on the field and he’s just a good player.”

No change: After compiling 4.5 sacks during the Bears’ three-game winning streak, Mack has produced just one sack in the last five contests. But outside linebackers coach Ted Monachino insists that the perennial Pro Bowl’s performance has remained at an elite level.

“I’ve seen no change in his play,” Monachino said. “I’ve seen a great deal of change in how people are approaching Khalil. People are doing everything they can to make sure that he can’t wreck the game, and because of that the other 10 players that are on the field and the coaches that are on the sideline, we’ve got to make sure that we find ways to take advantage of that.

According to Monachino, Mack isn’t frustrated by his recent decline in production and remains confident in his game-changing ability.

“This is a guy that doesn’t flinch,” Monachino said. “Is he still impacting games? Not the way that he would like. Impacting plays, yes, down-in and down-out. But I do believe that you’ve got to give those teams a lot of credit. They’re going to tend to him and they have done a really nice job of it. They also know they can’t hold the ball very long with the four guys that we are throwing at the quarterback.

“So I think he would love to impact the game more with those game-changing plays, but right now he’s looking at it like Novocain. He’s going to keep using it and eventually it’s going to work.”