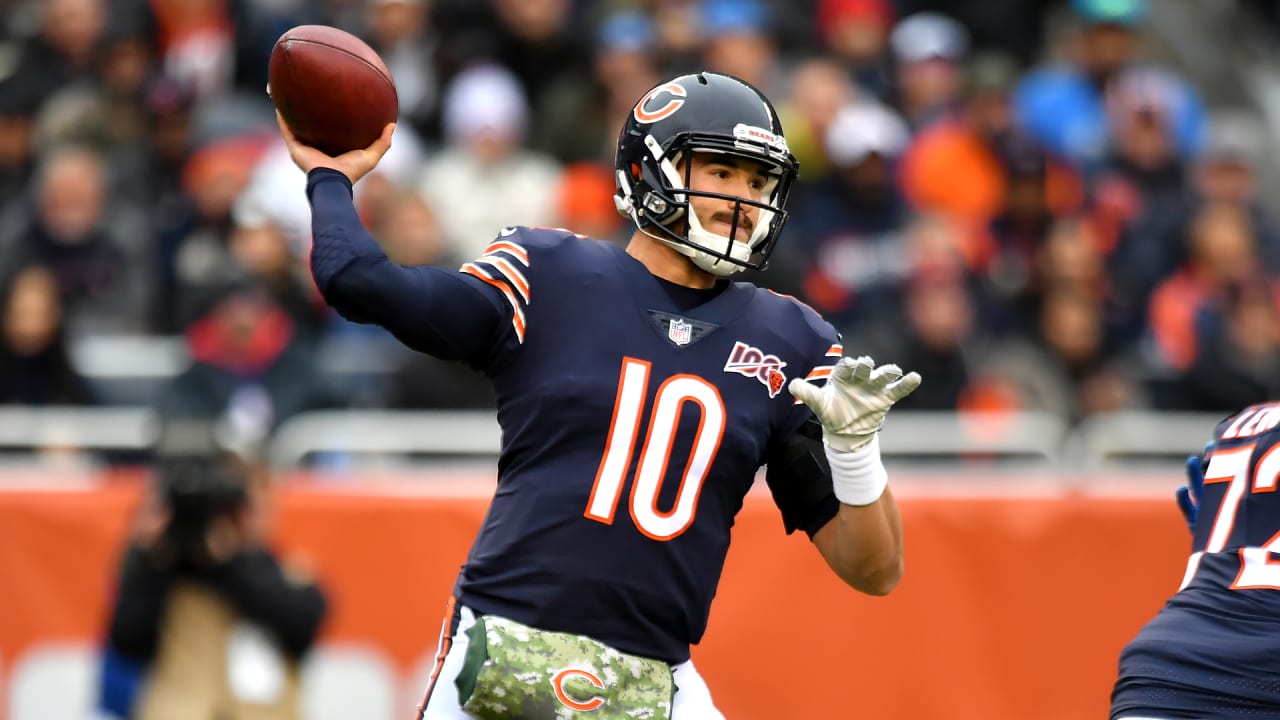 After winning the NFC North with a 12-4 record last season, the Bears entered 2019 with Super Bowl aspirations. But they failed to make the playoffs, finishing in third place in their division with an 8-8 mark.

A major reason for the lack of success was an offense that regressed across the board, ranking 29th in the NFL in both scoring (17.5 points per game) and total yards (296.8). It was a precipitous decline from 2018, when the Bears were 10th in scoring (25.6 points).

Trubisky had a roller-coaster season. He helped the Bears win four of five games from Nov. 10-Dec. 5 by producing 13 touchdowns (11 passing and two rushing). In back-to-back victories over the Lions and Cowboys, he threw three TD passes in both contests while posting passer ratings of 118.1 and 115.5. But in the last three games, Trubisky threw just one TD pass and recorded ratings of 64.5, 65.4 and 84.0.

“We need more time in the coming months to evaluate everything, but the first thing that comes to mind for me is just consistency,” Pace said. “You see moments, you see games, but for him [the issue is] stringing together better consistency. So you have peaks and valleys; we just need to flatten that out.”

Those peaks and valleys were not unexpected for Pace, who believes that young quarterbacks develop at different rates.

Sitting next to Pace at Tuesday’s press conference, coach Matt Nagy said that Trubisky’s No. 1 offseason priority will be to become “a master at understanding coverages.”

“These defensive coordinators, they have different ways of showing different coverages, and they’re good at it,” Nagy said. “Our first year here [in 2018], I thought Mitch did a really good job at understanding the importance of getting in and out of the huddle with the verbiage that we have. We’ve also learned, not just with him but with our players, how to use that.

“The next step, we talked about it this past year, going into it, was level 202? Now, how do you see the defense? Let’s now put that all together and understand now how defenses are going to try to trick you, and let’s not get tricked. If we do that, we slow the game down and we collectively get other parts of this offense fixed, which I know we can and that’s our job. That’s the exciting part, is that looking for solutions, staying positive, believing in people and getting this thing done.”

Nagy feels that Trubisky is close to becoming a master at understanding coverages.

“He’s not far, but we need to do is we need to really hammer through in this offseason here,” Nagy said, “understanding the amount of different coverages and different looks that you get from these different coordinators that are out there. That’s not hard, that’s just a matter of continuing with that commitment of doing it and then learning how to do it is great. I think that he’s right there; it’s just a matter of doing it and then taking that, too, and transferring it to the field with practice and games.”

Although the Bears remain committed to Trubisky as their starting quarterback, Pace indicated that it’s too early to say whether the team will pick up his fifth-year option for the 2021 season. “We’re not at that point right now with the season ending just two days ago,” Pace said.

Pace also indicated that Trubisky might undergo surgery on his left (non-throwing) shoulder after injuring it in a Week 4 win over the Vikings. “Just doing the exit physicals yesterday,” Pace said, “just kind of going through it, there’s a potential he could.”

While Trubisky is entrenched atop the depth chart, the Bears will have to address the reserve positions given that backup Chase Daniel and third-stringer Tyler Bray are both due to become free agents.

“The quarterback room is critical,” Pace said. “It’s important for us. We’re always going to try to make it better. But as far as who it is, what we’re going to do, we’re not there yet.”