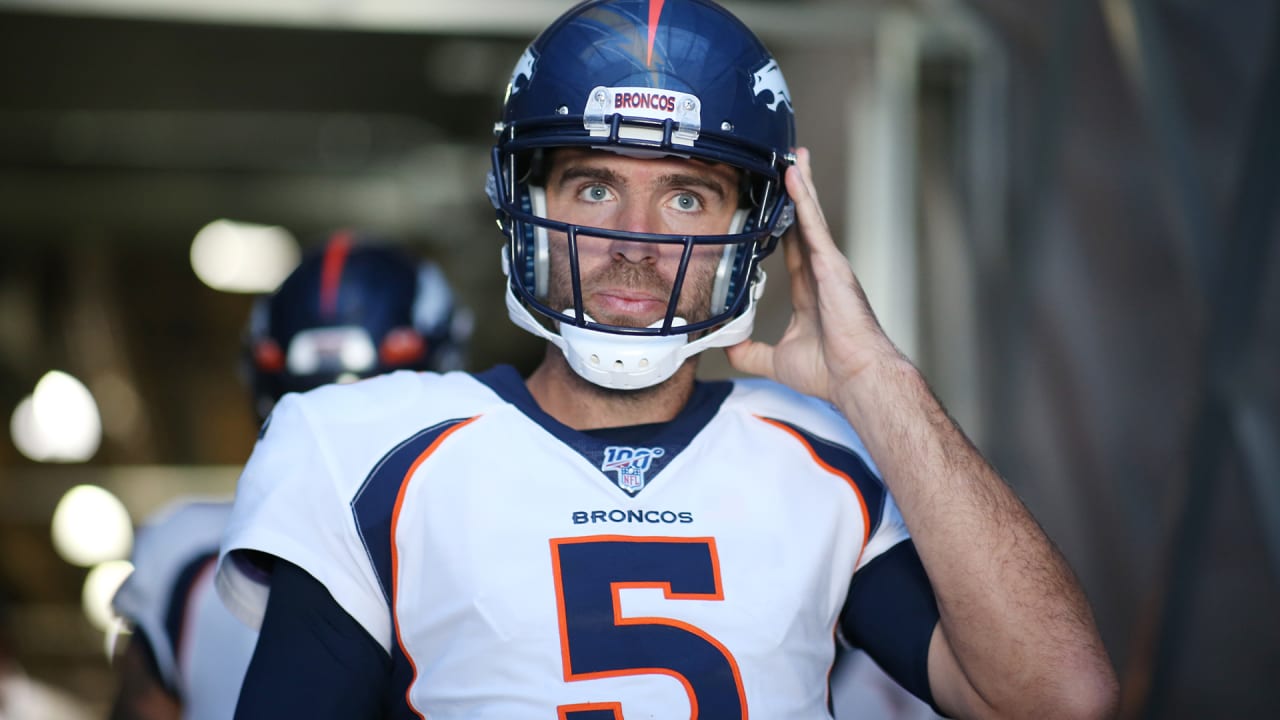 ENGLEWOOD, Colo. — After quarterback Joe Flacco ended his first season in Denver on injured reserve, the 12-year veteran said Monday that as he approaches an uncertain future, his focus will be on getting healthy before assessing what his role may be going forward.

“The plans are to get better and kind of figure out a little bit more about what’s going on,” Flacco said. “I’m not really sure at this point. We’re still kind of just waiting to see. I’ll get another MRI and then make some decisions from there.

“So [it will be] probably another month, month-and-a-half and then [it’ll] get down to the point where I’m really going to have to make some decisions. At this point, I’m optimistic about getting better. At some point, no matter what it is, if I’m just going to be OK or have to get something done then we’ll get past that point and move on. I look forward to playing football again at whatever capacity that is.”

Flacco completed a career-high 65.3 percent of his passes in 2019 as he threw for 227.8 yards per game, but the team struggled to close out games and had just a 2-6 record. After suffering a neck injury after a Week 8 game against Indianapolis, Flacco was placed on injured reserve.

At this stage in his recovery, Flacco said he’s back to working out and running, and he said he thought he could participate in a practice and perhaps even play in a game, if it were just up to him.

“Could I play? Yes. Would they let me play? No,” Flacco said with a laugh. “It’s one of those things that yeah, I feel good walking around and I would feel good throwing the ball. The question is, when I got hit or something like that, how I would hold up? The answer is probably not good at this point. Other than that, I feel good.”

The biggest decision Flacco will have to make in his recovery is whether he’ll have surgery. That answer may come after he gets another MRI in February.

“That’s kind of what’s up in the air,” Flacco said. “That’s why I’m getting the MRIs and continue to have to get these MRIs. I think depending on who you talk to, they’re going to say, yes, I’m going to need something done or maybe not. That’s kind of why it’s uncertain for me right now. That’s my point, whether I have to have something done or I don’t, I’m still looking forward to being able to do whatever it is after that and getting ready to play again.”