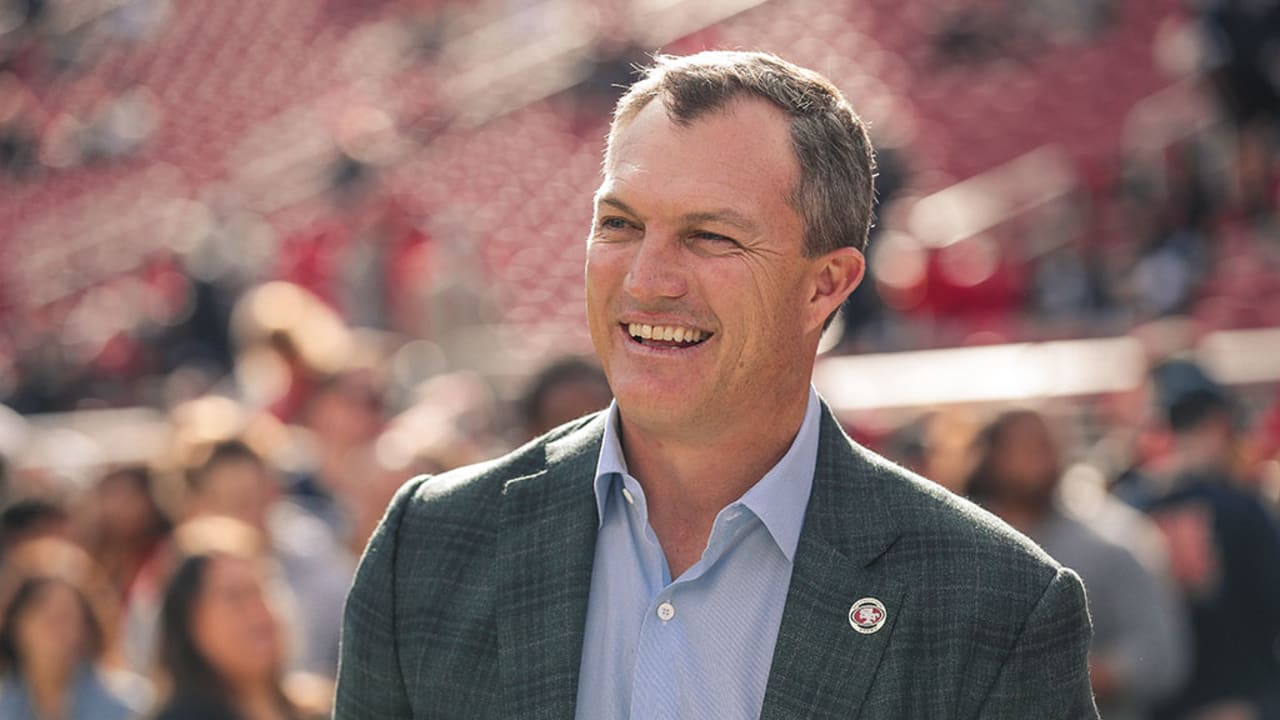 Excerpt from Pro Football Writer’s Association: San Francisco’s general manager John Lynch, whose moves helped the 49ers earn the NFC West title and the NFC’s No. 1 seed with a 13-3 record, was selected as the 2019 NFL Executive of the Year.

The 49ers improved a franchise record nine games from 4-12 in 2018 to a 13-3 record this season and the club’s first NFC No. 1 seed since 1997. San Francisco became only the third team since the NFL went to a 12-team playoff format in 1990 to go from four or fewer victories to a conference No. 1 seed the following season. Lynch improved the 49ers roster through trades, free agency and the 2019 NFL Draft. The 49ers added defensive lineman Dee Ford via a trade and signed him to a five-year contract. San Francisco added linebacker Kwon Alexander and running back Tevin Coleman in free agency. The 49ers added eight players to the roster during the 2019 NFL Draft, including defensive end and 2019 PFWA Rookie and Defensive Rookie of the Year Nick Bosa with the second overall selection and PFWA All-Rookie team pick Dre Greenlaw in the fifth round. Lynch also inked veteran tackle Joe Staley to a two-year contract extension. The 49ers roster also includes 2019 PFWA All-NFL tight end George Kittle and All-NFC cornerback Richard Sherman. The 49ers finished the regular season ranked second in the NFL in points per game (29.9) and held opponents to a league-low 169.2 passing yards on defense.

Lynch is also a finalist for the Pro Football Hall of Fame Class of 2020. The 15 Modern-Era Player Finalists will be considered for election to the Hall of Fame when the Hall’s Selection Committee meets on “Selection Saturday” in Miami the day before Super Bowl LIV. The full committee will elect five Modern-Era Players who must receive a minimum positive vote of 80 percent from the committee. You can participate in the fan vote at profootballhof.com/fanvote/.