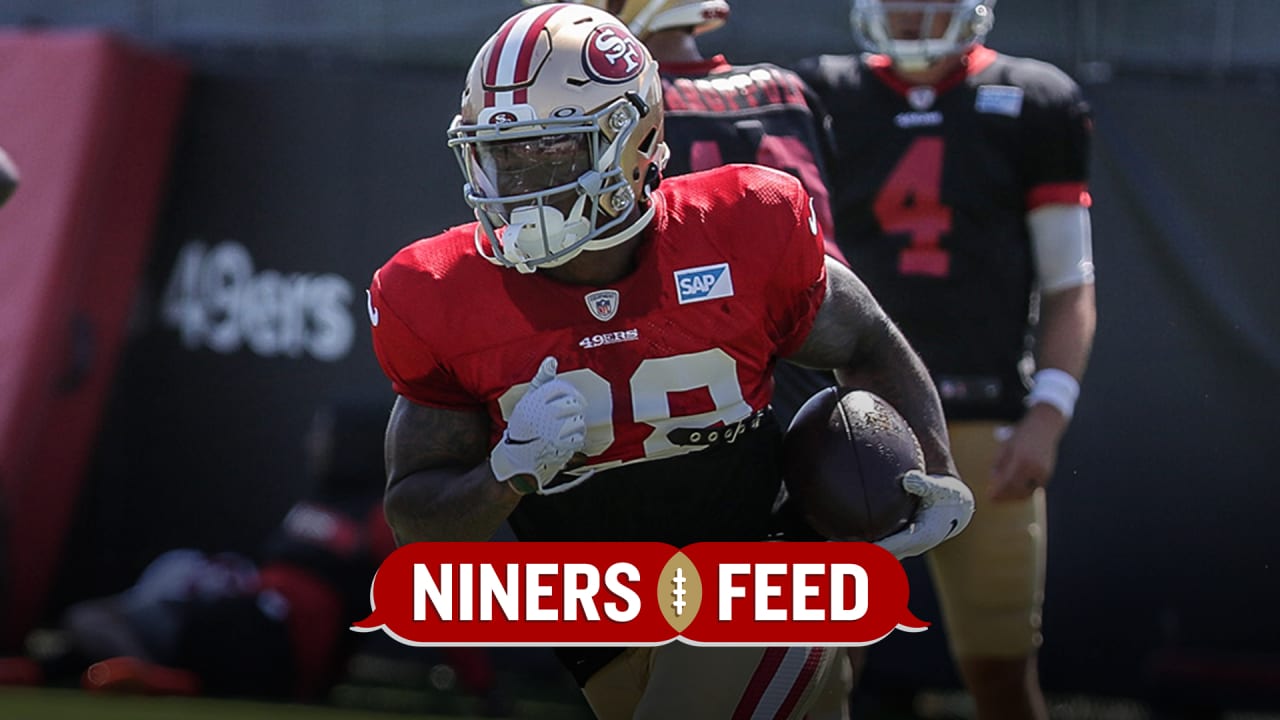 6. Jimmy Garoppolo connected with Ross Dwelley for a big gain down the right sideline on the first passing rep of 11-on-11 drills.

7. During the same period on a play fake, Nick Mullens found Trent Taylor wide open down the middle of the field for a long touchdown.

8. Another day, another Nick Bosa sack. Bosa and DeForest Buckner also had several pressures on the day.

9. The 49ers concluded Tuesday’s practice with a “move-the-ball” period. On a third down pass intended for Dante Pettis, Greg Mabin striped the ball from the receiver and held on for the defense’s first turnover of the day.

10. Five plays later, Garoppolo threw a perfect pass downfield that bounced off of the hands of his receiver and landed in the arms of Ahkello Witherspoon. Witherspoon made his return to practice on Tuesday after missing two days with a glute injury. Both he and Reed Jr. rotated first team reps at right cornerback.

11. Sheldon Day batted down a pass during the first rep of the “move-the-ball” period. Two plays later, he notched a run stop behind the line of scrimmage. Mark Nzeocha also had a big run stop in the backfield.

12. As previously noted, Garoppolo will be held out of the 49ers exhibition opener on Saturday against the Dallas Cowboys. However, Shanahan announced that the quarterback will see snaps in weeks two and three of the preseason against the Denver Broncos and Kansas City Chiefs, respectively.