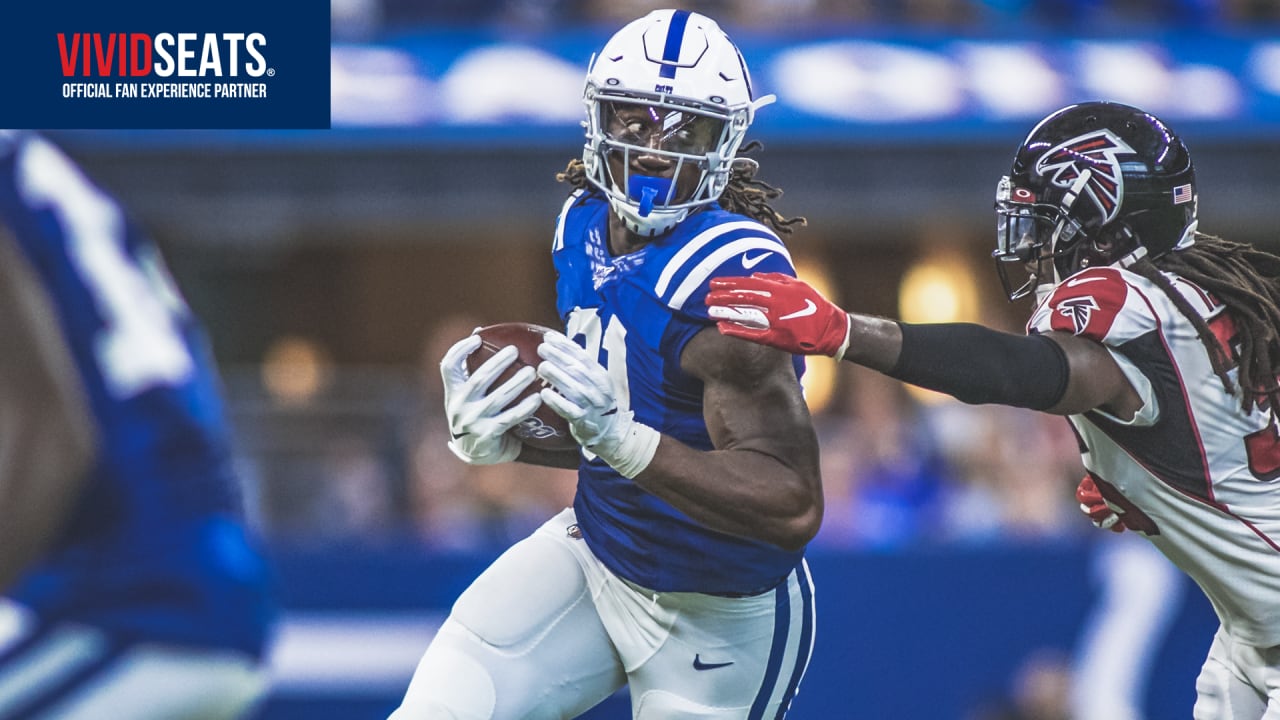 » Hilton initially suffered a calf injury during a non-contact portion of practice on Oct. 30, causing him to miss the Colts’ next three games against the Pittsburgh Steelers, Miami Dolphins and Jacksonville Jaguars. He was able to return to play a limited role last Thursday night against the Houston Texans, playing 25 offensive snaps and catching three passes for 18 yards, but general manager Chris Ballard announced Thursday that Hilton suffered a setback with his calf during Wednesday’s practice and had been ruled out this Sunday against the Titans; he is now considered week-to-week. With Hilton out, look for Zach Pascal, Chester Rogers, Marcus Johnson and Ashton Dulin to continue getting added snaps at wide receiver; the team also has Chad Williams on its practice squad if needed. The wild card could be the availability of rookie wide receiver Parris Campbell, who is hoping to make his return to the lineup after suffering a broken hand Nov. 3 against the Steelers.

» Mack suffered a fractured right hand during the third quarter of the Colts’ Week 11 victory over the Jacksonville Jaguars, an injury that required surgery the following day. Reich had already ruled Mack out of this Sunday’s game against the Titans on Monday, and the third-year running back did not participate in practice this week; the team is yet to release a timetable for his return. With Mack out Sunday, the Colts will continue to turn to Jonathan Williams, Nyheim Hines and Jordan Wilkins in the backfield; the team also has running back Darius Jackson on its practice squad if needed.