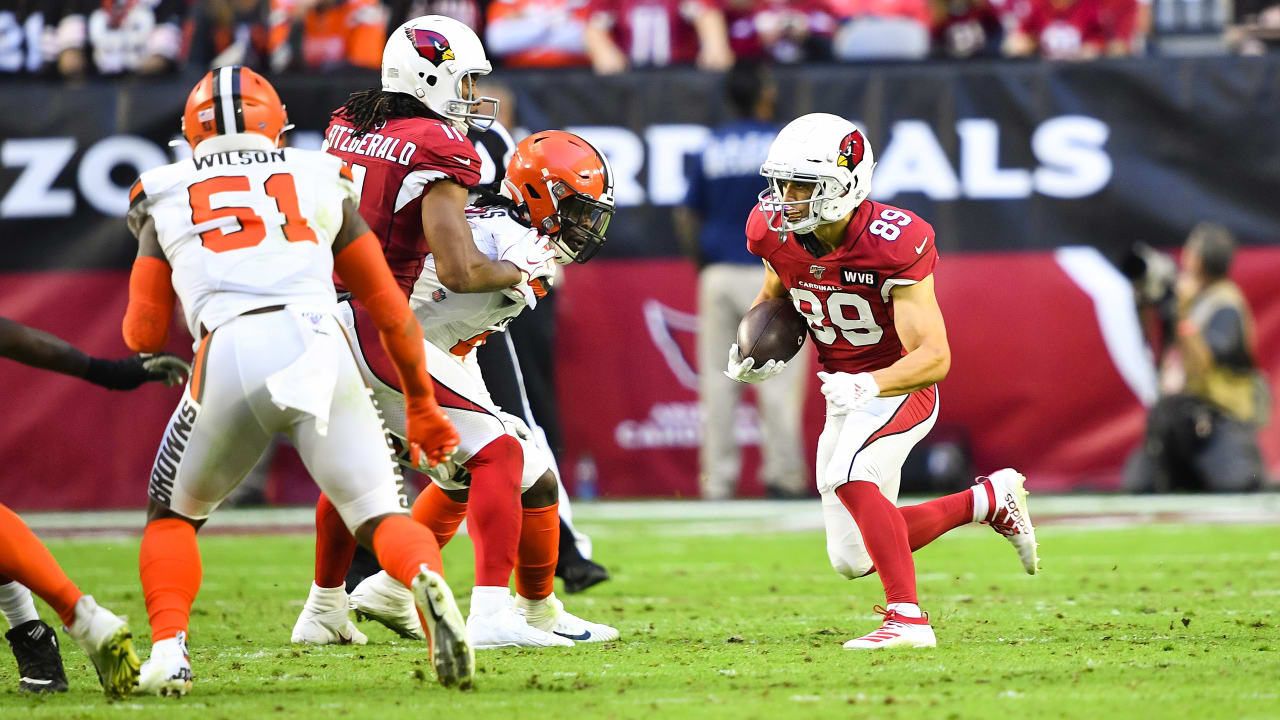 Butler, the fourth-round pick, hurt his hand in the preseason and landed on injured reserve, ending his season and costing him valuable practice time. Johnson, a sixth-round pick, started well and fit more into the Air Raid concepts the Cardinals were running earlier in the season. He had 21 receptions for 187 yards and a touchdown, but he tapered off dramatically and ended up as a healthy inactive the final five games of the year.

Isabella never truly found a role, finishing with only nine catches for 189 yards and a touchdown. In the finale, while active, he did not play a snap.

Kirk and Larry Fitzgerald remained the team’s top two wide receivers. Fitzgerald will again take a little time to decide whether or not to return for another season, but even if he does, the question has already been asked of Kingsbury if the Cards would consider taking a high-profile wideout – Jerry Jeudy or CeeDee Lamb, for instance – with the No. 8 pick overall.

Kingsbury said he liked what the wideouts and his offense as a whole did this season, and because of that, he was “not sure” if the Cards would be willing to spent that first pick on a receiver.

“I think it’s on us as a coaching staff to maximize who we have regardless of what it is,” Kingsbury said. “This is a wideout-heavy draft. There’s no doubt there’re some great players at that position, but we have to take the best player that makes us better immediately and has the biggest impact for the organization.”

So if that is an offensive lineman, a defensive lineman or a pass rusher, for instance, it’ll be that much more important that Isabella, Butler and/or Johnson become playmakers.

“I know it wasn’t the easiest year for them,” Kirk said.

The pressure is greater on Isabella, thanks to his second-round pedigree. The noise in relation to Seattle’s DK Metcalf – selected two picks later – has only increased given Metcalf’s success. Kirk said he knows Isabella can feel it, because Kirk too feels it as a second-round pick.

“It all comes with it,” Kirk said. “I tell him too, that’s going to be for the rest of your career. I still get it all the time. But you want to be held to that high standard. Because they know how good you can be. (Andy) definitely felt it. But pressure, it makes diamonds.”

Tags: he his Pick